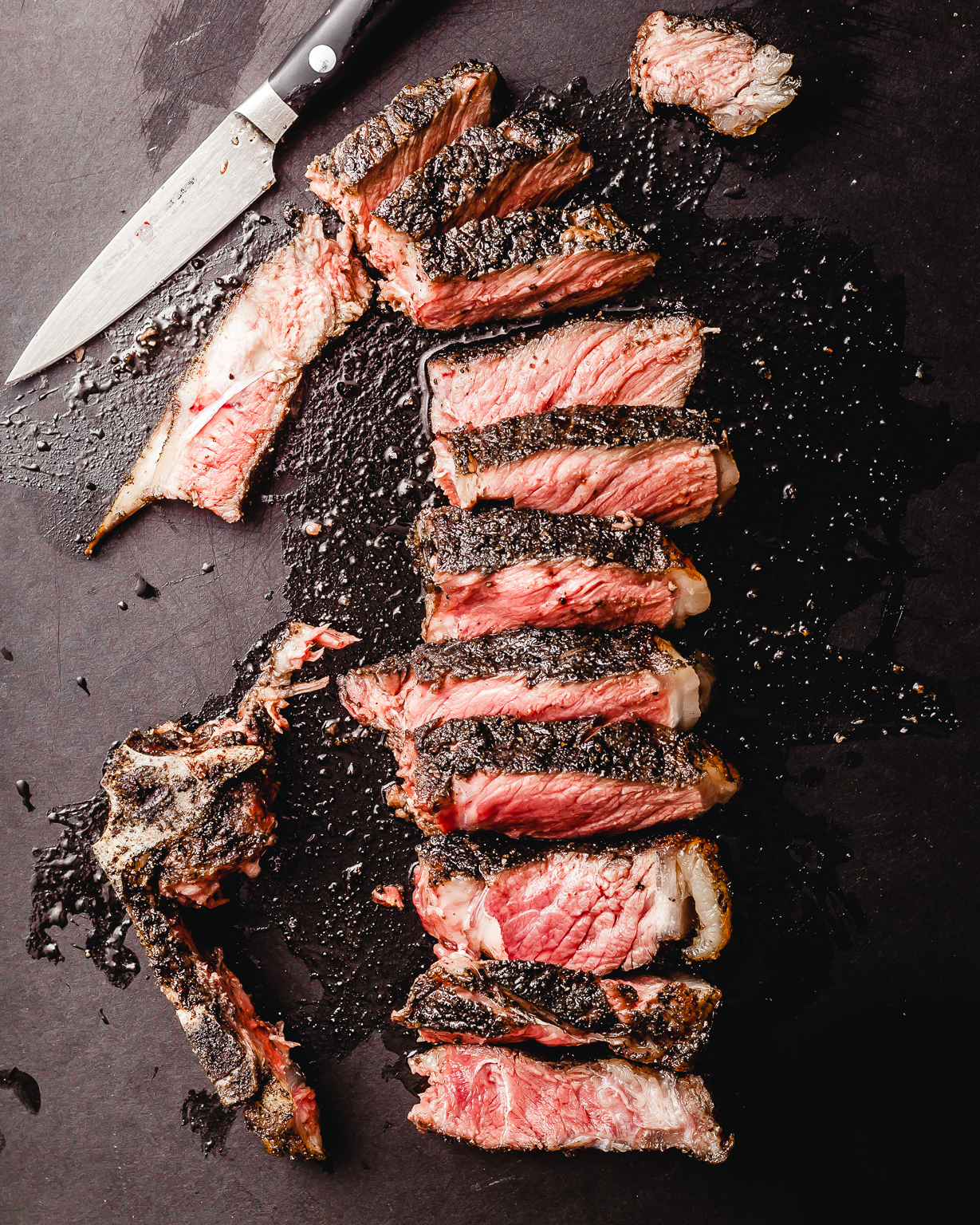 I rarely use this method for cooking steaks because I rarely get steaks that are thick enough for reverse searing to be worth my while but when I do I cook them sous vide and move on. Both methods (reverse sear and sous vide) are comparable to some degree. Both yield a great product. Both require careful temperature control and a bit of patience but it is worth the effort, especially if you’re cooking expensive cuts or simply are in the quest for meat cooking perfection (aren’t we all). Here’s a bit of useful info on the technique.

What is reverse sear?

The concept is pretty simple and widely used and documented in many blogs, websites, cookbooks, etc. Cook a steak with indirect heat in the oven or grill placing the meat to about 10°F under the target doneness temp and then finish it off over direct searing hot heat. The whole point of applying indirect heat is to cook the steak as gently as possible. To smooth out that heat gradient and get the steak more uniformly cooked. When this is done properly, the results can get pretty close to sous-vide cooked steaks… but only close. Close enough to make this technique worth learning. If you haven’t tried cooking steaks this way, you will be glad you ran across this article.

Does thickness of the steak matter?

Using this technique with steaks under half an inch thick is pretty much overkill. Thinner steaks just need a quick sear and the carryover heat will do the rest of the work for you. But when the thickness increases, that’s when indirect heat becomes necessary to get that close to even edge-to-edge doneness perfection. If you’d try to cook the steak by searing it for longer (say flipping it over and over and over again over hot heat), the steak would be overcooked on the outside and be underdone at the core plus the infamous and well pronounced temperature gradient.

Why not sear and then apply indirect heat?

Perfectly fine as well and it is a sound technique used by many professionals and home cooks around this planet.  But reversing the order does improve the results a bit and I believe it has to do with moisture and temperature. When meat is cooked over indirect heat first, the surface dries up and becomes hotter which facilitates browning quite a bit, cutting down on the length of time needed for searing which is awesome. The crust on a steak reverse-seared is one of the reasons this technique is so popular. Of course, if you decide to sear first, you could rest a steak in the fridge overnight over a cooling rack and the surface will become dry and more adequate for searing but this approach is a bit cumbersome. Reverse sear is just more practical although the fridge trick is pretty cool and I use it all the time.

And what exactly is indirect heat cooking?

Roasting a chicken in the oven is a pretty good example of cooking with indirect heat. There’s a pretty hot heat source in an oven but the food is kept away /shielded from it (hence the whole indirect heat thing) and left to cook by the forces of convection instead. Hot air moving around the chicken is what cooks it and because air is so bad at transferring heat, the cooking takes a lot longer but it is also a lot gentler which is exactly what we need. The same can be achieved in a grill. Barbeque cooking relies on indirect heat cooking by keeping the heat source away from the food and just like in an oven, allowing convection do its thing. In the case of reverse searing, this is the kind of heat we’re after to get the steak cooked to the proper doneness and then once that’s done we can worry about how to get that nice golden crust on the outside by searing it somehow.

Why not apply indirect heat equal to the target temperature?

Not out of the question…. well, it kinda is… Since indirect cooking means you’re cooking with hot air, the idea of lowering the temperature of that air to where you want the steak doneness to be, say 140F for example (some ovens/grills might let you set the temp that low, most won’t though). That all sounds great and would work… eventually… but it would take an incredibly long time. Air is extremely inefficient at transferring energy in comparison to oil or water. So if you think sous vide cooking is slow…. think again. There are other considerations in this warm-air scenario that render it even less attractive like food safety and bacterial reproduction, etc. So, if you’re still willing to give it a shot, you’re on your own.

What’s the best way to sear that steak?

Cooking with indirect heat is the easy part of this two-step process. The trickier part is always the sear. After many steaks, deep-frying in really hot oil has proven to be an amazing way to solve this problem (oil near 500°F is best) but you have to be very careful with this approach as dunking larges pieces of meat in really hot oil is a dangerous endeavor. The next best thing would be using a cast iron or stainless steel skillet and a good amount of clarified butter, avocado or safflower oil (high smoke point oils). Grilling also yields a really amazing sear but you have to work with a grill that can get hot enough. Most gas grills can’t get above 600-700°F and that’s the temperature of the grates themselves which means you will only get proper browning in the contact areas but the rest of the steak surface will be a little “meh”. I have a gas grill and for flash searing, I have to drop the grilling grates right on top of the flavorizer bars (meaning take them out of their support and move them) to get the steak enough heat for the searing to be acceptable. Grilling the steaks in my gas grill in its default configuration is subpar and overcooking is the only outcome. Lame.

If you don’t have a food thermometer, like instant-read one, or a probe one. If you’re an avid cook you probably have a few but if you don’t or are just getting into cooking, this is one of the first things I suggest buying next to a decent knife. It is really difficult cooking meat without one. There’s no shame in it, the pros use them all the time.

If you have the luxury of time… like 24 hours of it and you already have your steaks, season them and place them in the fridge over a cooling rack overnight. This will further improve the sear on those steaks not to mention, salt does wonderful things to animal protein…. it denatures it which results in tenderizing it. If you apply salt to a steak overnight, the salt will be diffused into the steak, seasoning it more evenly and curing it at the same time.

I think that’s all I got on reverse searing and meat cooking in general for now. Drop me a line in the comments section if you have any suggestions, ideas, more cool tips on meat cooking, etc. 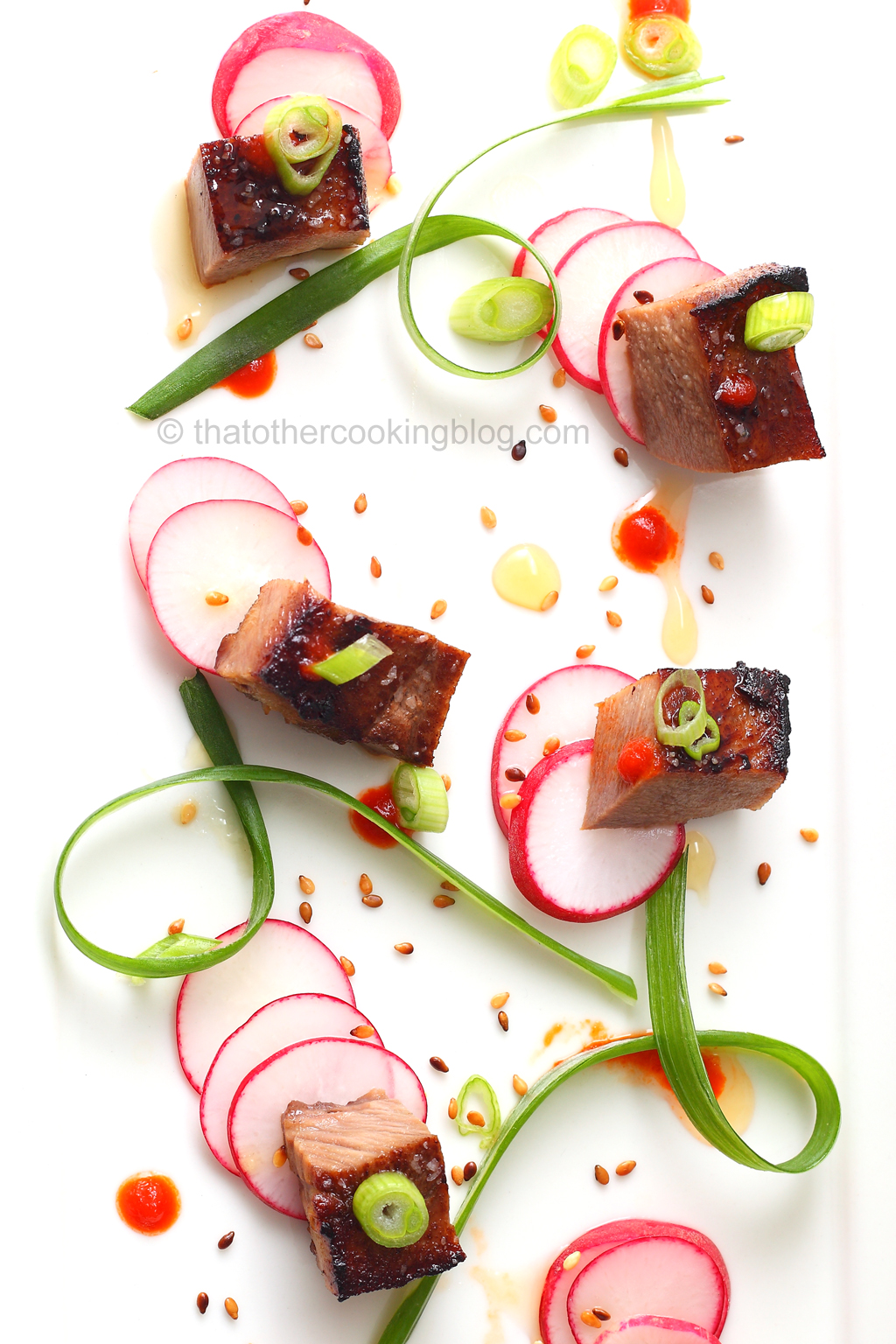 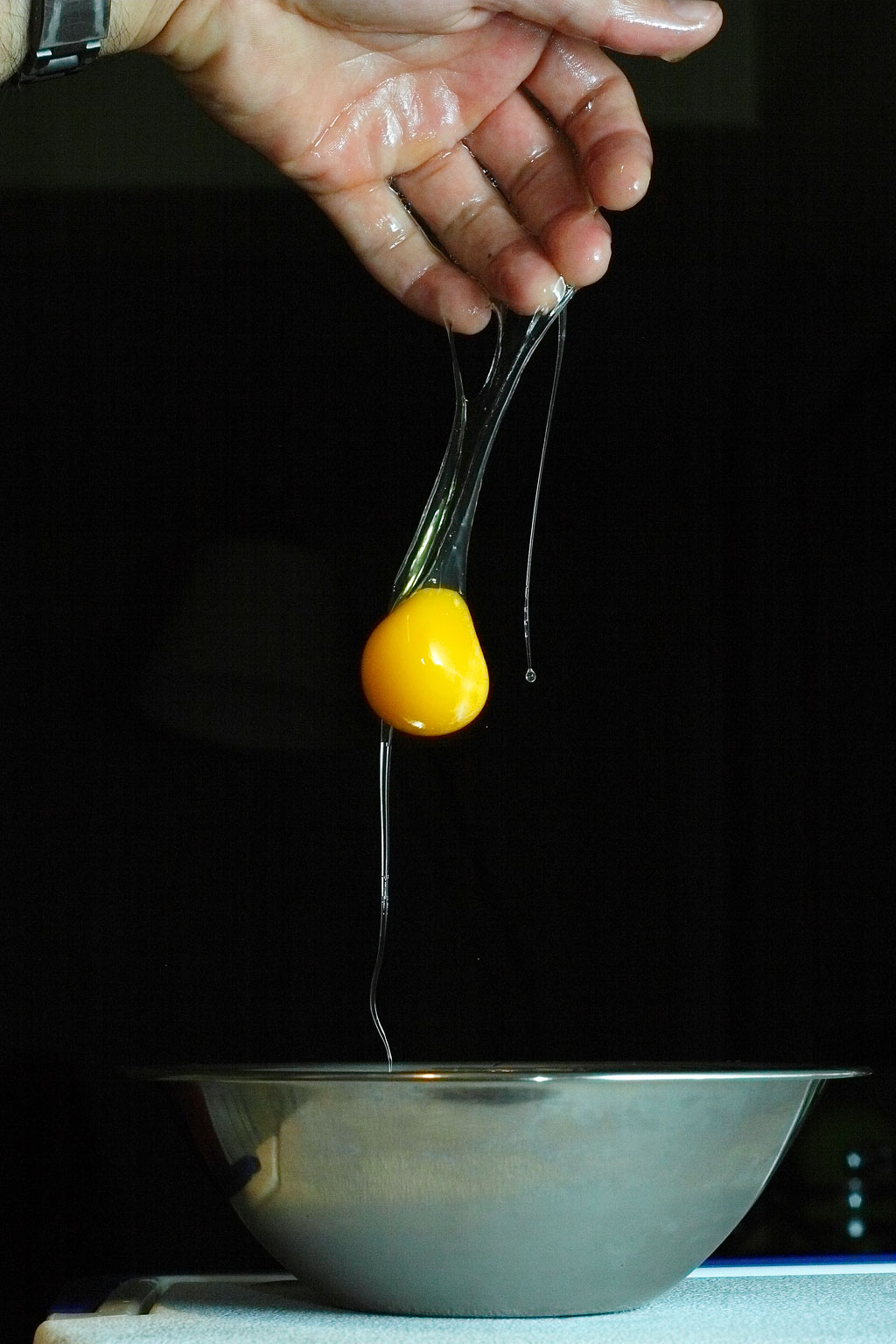 how does salt affect eggs in cooking: I’ve had enough! gotta test it myself! 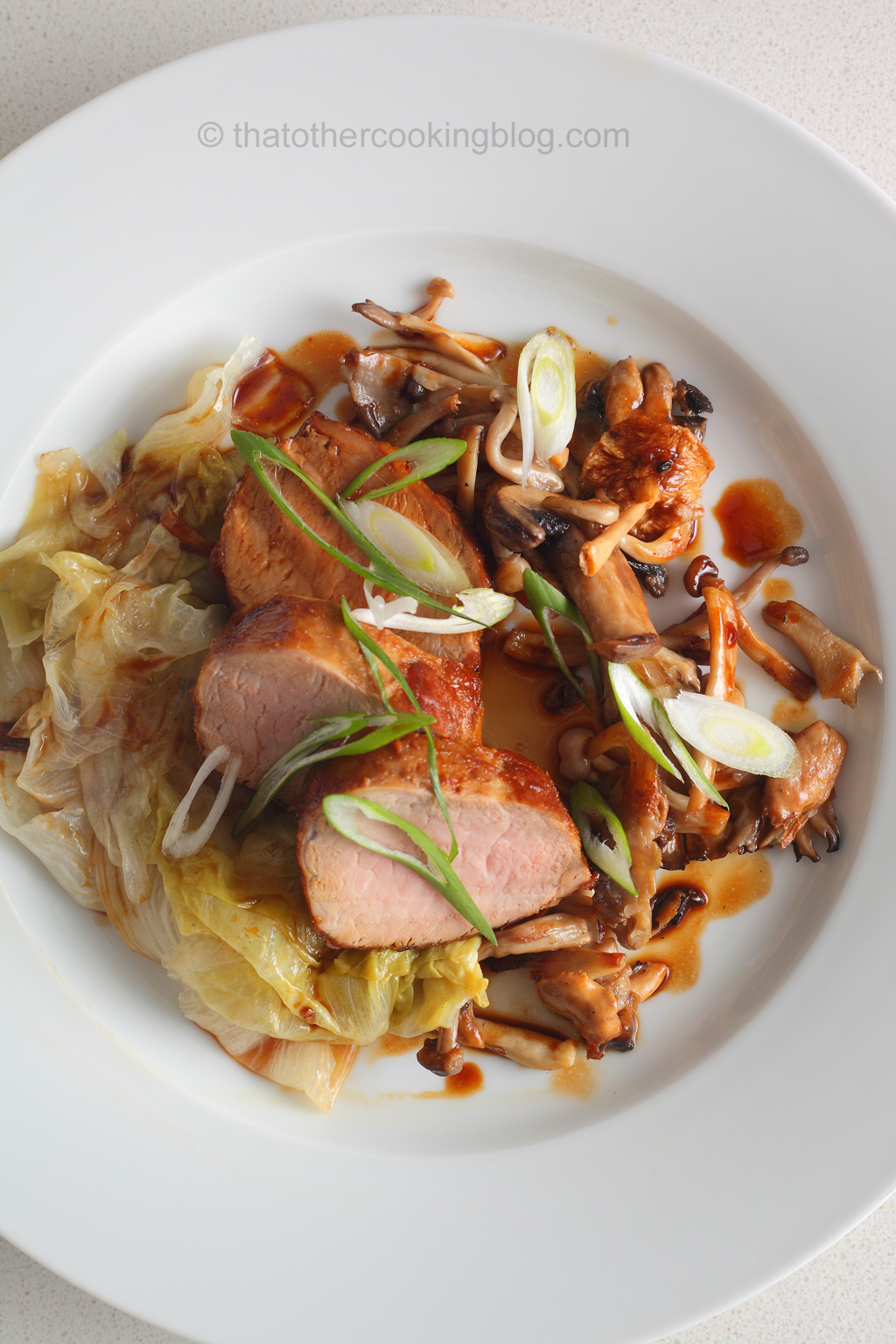