How to Ferment Hot Sauces at Home. the Easiest Way 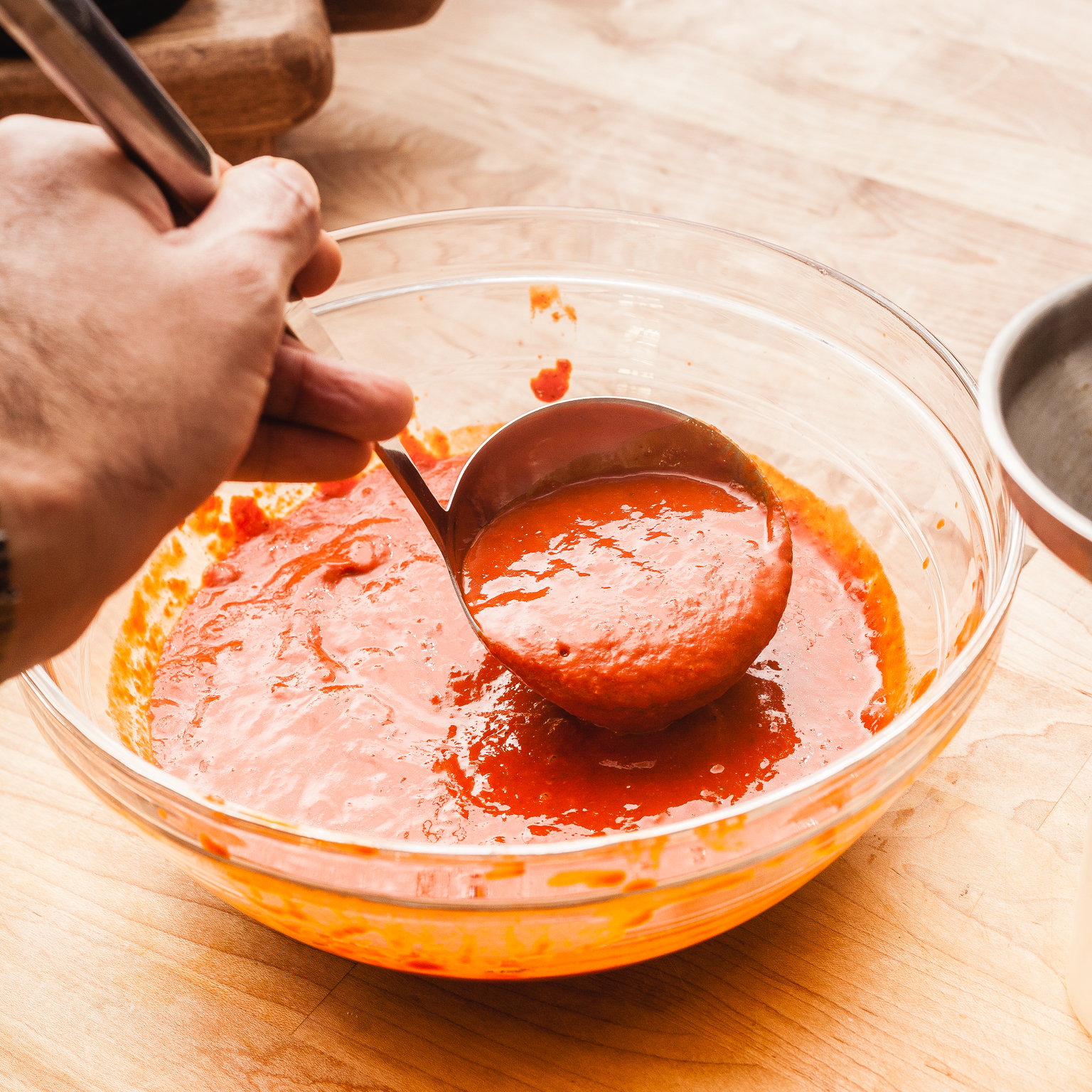 I’ve talked about making fermented hot sauces in the past and I will continue to talk about it because it’s an awesome subject. If you love hot sauces and are the DIY type then this one is for you. Fermenting anything at home is extremely simple and that’s no different for making fermented sauces. I’ve made sure the method explained here is the simplest and easiest you can find, period. It also relies on dried chiles which are more readily available than their fresh counter parts. I will go over how to deal with fresh pepper substitutions at the end of the tutorial (super easy). For now let’s assume you have your dried peppers ready to go and a few other things. I will also suggest not using smoked peppers for now. Smoke can hinder/slow-down fermentation significantly so let’s stick to dried peppers. If you’re feeling adventurous or have experience dealing with these go for it, experiment away and hit me back with your findings, Let’s make some hot sauce!

Ingredients (4 including water and salt.. ok 5 if you count the thickener. Dead simple)

(This recipe makes about 750 grams of hot sauce)

300 grams of dried hot peppers. (you can use a blend. I used only arbol chiles but it’s up to you and your capsicum tolerance)

1000 grams of tap water (distilled, purified, spring.. they all work)

10-20 garlic cloves (how big is your garlic love? mine is pretty big)

Place those dried peppers and the garlic in a jar.

I like using glass for fermentation and I would recommend it but if you have plastic containers that are ok with storing acidic solutions then you should be fine. Like I would be ok fermenting stuff in those distilled vinegar bottles no problem. Still glass just feels right. I’d stay away from metal containers. They can react to acid (lactic acid)  and that’s probably not a good thing.  Anyways… place the peppers and garlic in the jar and press them down the best you can. I used my fist. If you’re using really hot peppers, please wear gloves. Also note that I left the stems on the peppers. Trust me… there’s really no good reason why you should remove them.

Mix the water and salt until dissolved. Pour the brine into the jar holding the peppers. The water won’t cover the peppers but that’s fine. You could keep them submerged somehow but I tell you it doesn’t really matter. As long as most of them are under water you should be fine. Talking about water, when I started fermenting stuff years ago, I used to use only distilled water or boiled water… sometimes spring mountain water or any purified water I could get my hands on but tap water in CA is pretty decent and I’ve never had a problem using it. Lately that’s all I ever use. If you’re getting started with fermentation, maybe start with distilled water, or boil your tap water to remove the chlorine and use it once is back to room temperature.

Let go for the next few days. Fermentation kicks in.

What’s cool about this method is that fermentation and reconstitution of the dried peppers happen at the same time. I told you it was gonna be the easiest thing ever, right? So.. just let those peppers sit at room temperature away from direct sunlight for a few days. Don’t close the lid tight because fermentation will release gases that need to escape somehow. You don’t want the jar wide open either because oxygen and bugs might get in there and do funny things. Don’t worry too much about it and just make sure the lid isn’t too tight and check every day. Bubbles will start forming about 3 days into this process. This is what you what. Bubble formation will peak in about 6 days and then start to slow down. Right about then you’re probably ok to move onto the next step. You can leave the peppers to ferment for as long as you want though. Fermentation, once started won’t stop until all the sugars in those peppers have been turned into lactic acid and other yummy stuff.

The tedious part. Pureeing them peppers.

Food processor time.  Keep in mind you can only process small batches at a time. If you fill your food processor with all the peppers and pulse … well… the poor thing is gonna choke and spit hot sauce everywhere. Dried peppers even though they have been reconstituted they’re still a bit tough specially since we left those stems on. So… I suggest a bit of patience and add them peppers bit by bit to the food processor and always process each batch until those blades run smooth. You should be done in no time.

If you want to give your hot sauce a great finish. A sauce that won’t break or run then you have to add a little bit of something. Xanthan gum does an amazing job at it. Doesn’t need to be heated which is awesome and its thickening power is incredible. All you really need to use is about 1% to 2% of the total sauce weight which is something around 1.5 grams in our case. Add the xanthan gum to the food processor and mix in well. Too much gum and your sauce will turn to goo in an instant so be careful there. You can always add it bit by bit and test consistency as you blitz.

The tedious part two. Strain away those solids.

Yeah, once your food processor step is over, it’s time to remove all those seeds and tough bits via straining. We want to make sure the sauce is smooth. I used a pretty standard strainer this time (which isn’t me at all). I usually use my chinois to get that velvety super smooth texture in there. Strain it a few times if your OCD level is as high as mine. I saved the solids in a jar and I will keep them fermenting for a while. I’m sure I can turn them into something later but this is obviously optional.

Bottle it up, amigo.

You’re basically done now. The sauce is ready to be bottled. I have been using jack daniel’s bottles for this cause (which work great… just like any good glass bottle really) but lately I switched to simple squeeze bottles. They’re really practical, cheap and they don’t break plus I don’t have to worry about fermentation gasses building up. Yes, fermentation doesn’t really ever stop as long as the bacteria can find food (sugars) and that’s what’s awesome. The longer you keep your sauce around the better it will taste. It’s all about aging. A week old sauce will taste pretty good. A 2 months old sauce will blow your socks off. So delicious!

The whole point of fermentation is the preservation of food when refrigeration isn’t possible. Sure, the flavor is awesome but originally this was secondary. Keep your hot sauce away from direct sunlight (uv light will hinder if not totally kill fermentation). I don’t bother storing my hot sauces in the fridge. It really defeats the purpose and slows down fermentation which can be good and bad. When pickling vegetables, fermenting at lower temperatures is desirable (which is why fermenting during cold seasons yield a better product) but when fermenting sauces I think it’s less of a thing if not irrelevant.

How long to ferment for? Well, how are you gonna stop it? A fermented sauce will continue to ferment for as long as there’s nutrients in the sauce feeding the bacteria and that means a very long time. Sure, you can stop fermentation by killing the bacteria. There’s a number of ways to do this but I don’t care about any of them because in my experience, the older the sauce the better it tastes. Complexity is usually a way to describe the character of an older fermented sauce. The spiciness mellows out. Garlic sweeten up. Even the sauce itself becomes more fluid but still retains its structure and doesn’t break or separate.

Maybe you have bag of fresh peppers and you are ready to get into fermentation. If you’re really this lucky all you have to do is follow the steps described above but make two little adjustments. Don’t add water and shred/dice your fresh peppers before salting. Use the same amount of salt mentioned in this recipe. You might need to add a little water to compensate but I wouldn’t worry too much about it. If the sauce is too thick, water it down to taste. The rest of this tutorial should apply as is.

How about adding onions and tomatoes? cilantro? parsley? sugar? I wanted to keep this tutorial as simple as possible hence the short ingredient’s list. I also wanted to make a 100% hot pepper sauce. When adding other ingredients your sauce will gain in flavor and complexity, the capsicum concentration will also be less which isn’t a bad thing. When I make habanero sauce for example, I usually add plenty of sweet bell peppers to offset things. I love habaneros but a 100% habanero sauce can be extremely spicy. In any case. Flavor profile is up to you! Happy hot saucing! Leave your questions or comments below! 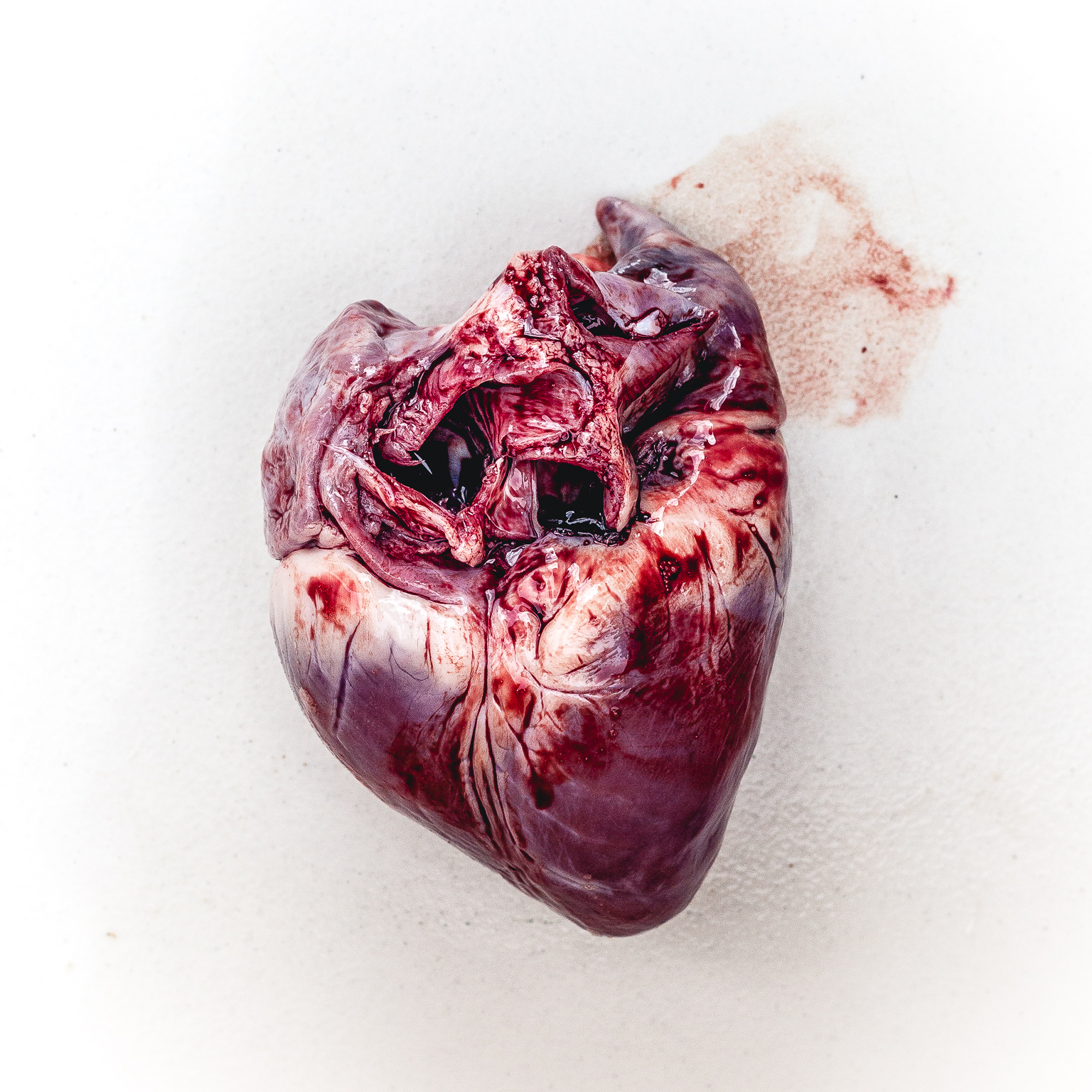 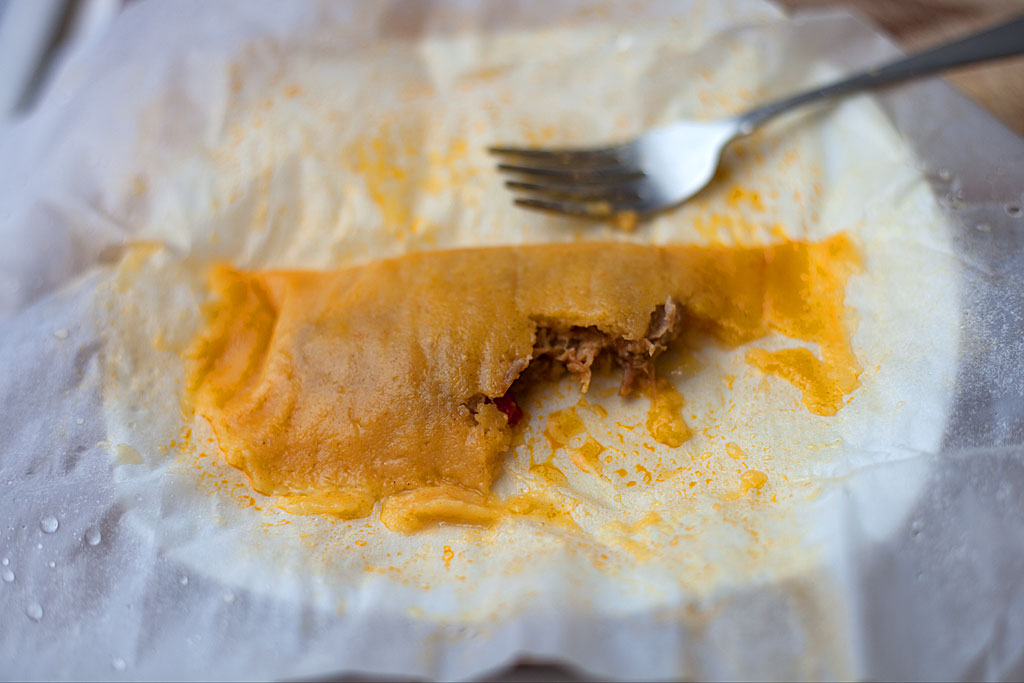