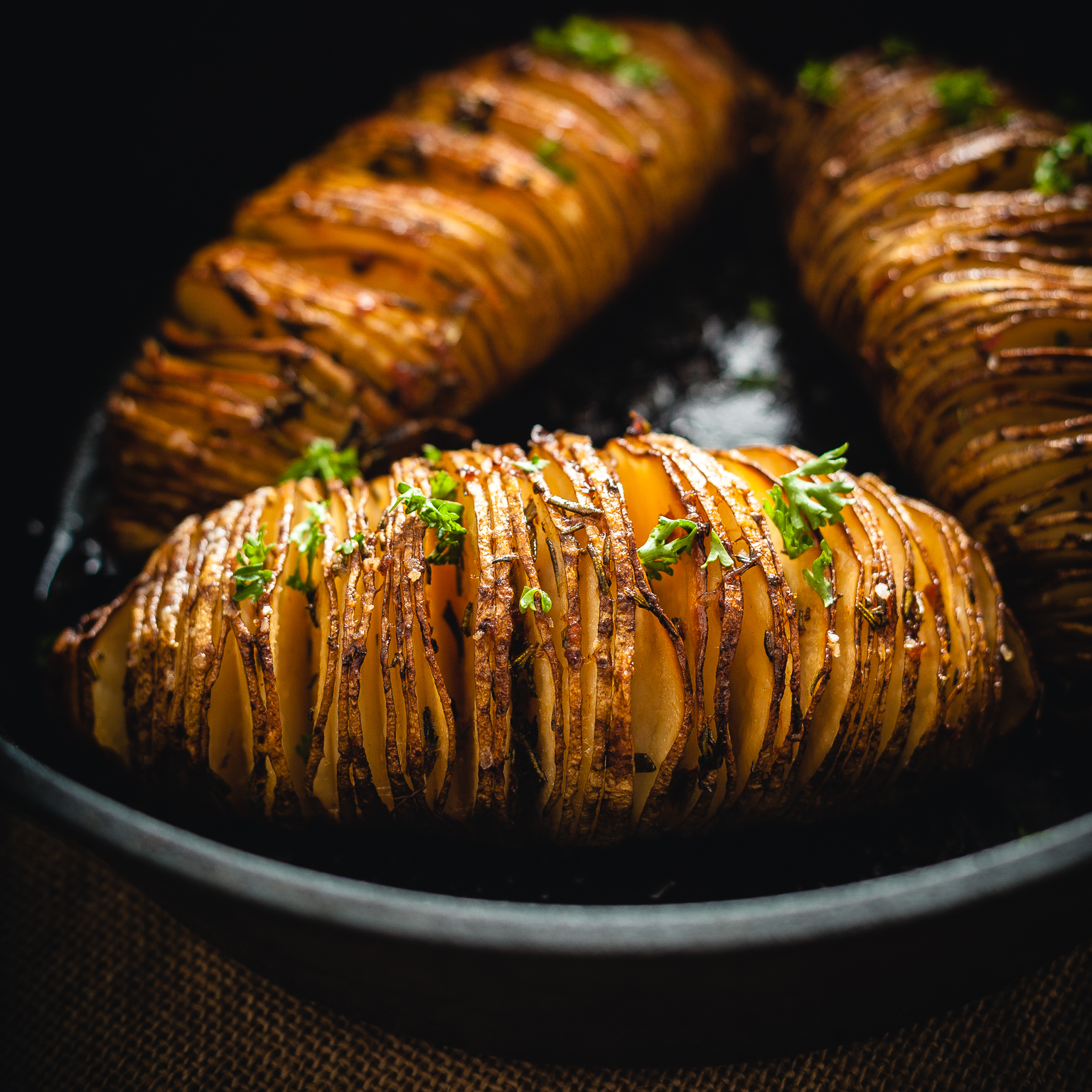 At long last I have been able to fulfill a kitchen dream of mine and today I can offer a post on hasselback potatoes. Now this site starts to look like a real food blog, doesn’t it?  I’ve been seeing these potatoes since I develop that insatiable need for browsing food blogs years ago. I will admit though…  it’s quite a fun and attractive presentation for a potato. And what do I say to fun and attractive things? exactly.

Hasselback potatoes actually demand some basic knife skills and a bit of patience. When I got my groceries last night I was going over the process in my head and from start to end I figured… yeah, about 20 mins prep time. The reality turned out to be far worse. I thought I was gonna give up 45 mins into this but I don’t give up after 45 minutes of anything and I really wanted to photograph one of these things and yes, eat one too. It’s been years waiting for this moment. I wasn’t gonna give up over some mindless time consuming task. I already gave up tv. There’s room in my life for other mindless time consuming things.

I consider myself a decent knife …handler.. ? user? anyways, I’m pretty confident with using sharp knives. I wish I was faster but my practice time is limited to prepping dinner for 1 or 2 people mostly. So yeah.. that’s not a lot of practice. Still I can dice and chop and know the basic stuff well. I thought I had this hasselback thing in the bag. Turns out, it’s not that easy. First you need to prop the potato between to chopsticks or cutting boards or whatever you have at hand to use use as a knife stopper? no idea where I’m going with the terminology here tonight but you know what I’m saying.  I decided to use chopsticks… quite possibly the worst choice given they’re not shaped evenly and they move and roll around before, during and after every cut. There’s about a million incisions per potato so you can see how this could be a lot of fun. And yes, my knife skills and patience, both tested. But I passed.

Ah! the dressing. I’m not just gonna follow some recipe, nope. Although I’m pretty sure hasselback potatoes exist in every imaginable form out there I still wanted t divert from the one recipe I was using as reference and I decided to add chili paste to well yeah, spice things up. Now I chopped a bunch of thyme and rosemary. Used vegetable oil, not EVOO since these things were going in a really hot oven. I added a healthy amount of chili paste and mixed it all up with a spoon and brought out my brush and I’m ready to dress ’em up. Well… patience test #2. Kill me. Trying to get the brush to go in between incisions took the other half of forever but I managed to coat each slice evenly. Placed them in my dutch oven. Sprinkled kosher salt over them and was ready to bake.

Russet potatoes are stubborn. Probably more stubborn than me. At 450F it took almost 1 hour 20 minutes to finally bake. Not much happened during this time which was plenty to get the kitchen cleaned up and ready up all the camera stuff.

Once the taters were baked an EVOO coating was applied and fresh chopped parsley added. For the photo session I left them in the dutch oven. It was great. I had plenty of time to photograph them while they cooled down. If there’s one thing I’ve learned from shooting super hot food is to protect my hands. It’s extremely easy to forget something is hot and I’ve burnt myself so many times these days I grab everything with a dry towel, cold or hot. Doesn’t matter. Keeps your hands less greasy too.

I was recently diagnosed with asthma a few weeks ago. It’s something that I’ve had probably since I was a kid but it wasn’t until recently that it really started to bug me. I have an inhaler and everything now.  A single bite of my spicy hasselback potatos was enough to trigger a small asthmatic reaction. My airways were definitely not happy. I didn’t even use that much chili paste. 1/2 teaspoon or so. I love spicy food (which is weird because 2 years ago I used to hate it) and now this. Oh well… I guess I’ll keep my inhaler handy when I go visit Mexico.

I will be absolutely honest. Next time I make hasselback potatoes I will scrub the skins on the potato to thin it out.  The skin of a russet potato can be quite thick. I wasn’t crazy about how tough it was. Some potato suppliers do this before shipping them, and I think that’s actually the common case but I tried a different brand this evening… boom! things went south fast but other than that. Awesome possum. Don’t get discouraged. Share your hasselback experiences with me here in the comment sections. Take care guys! 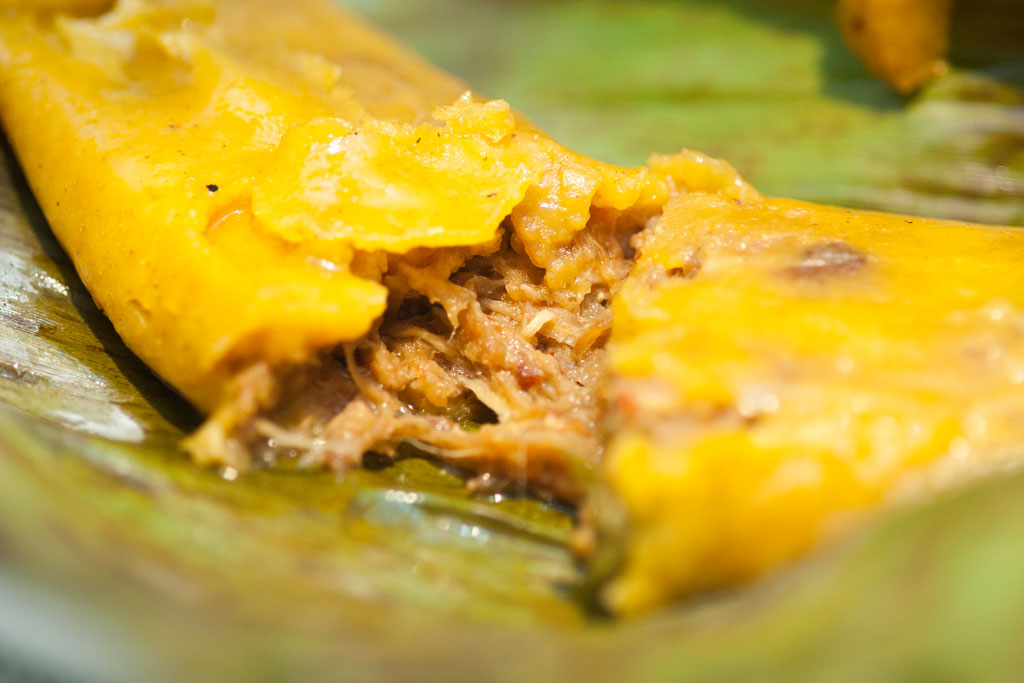 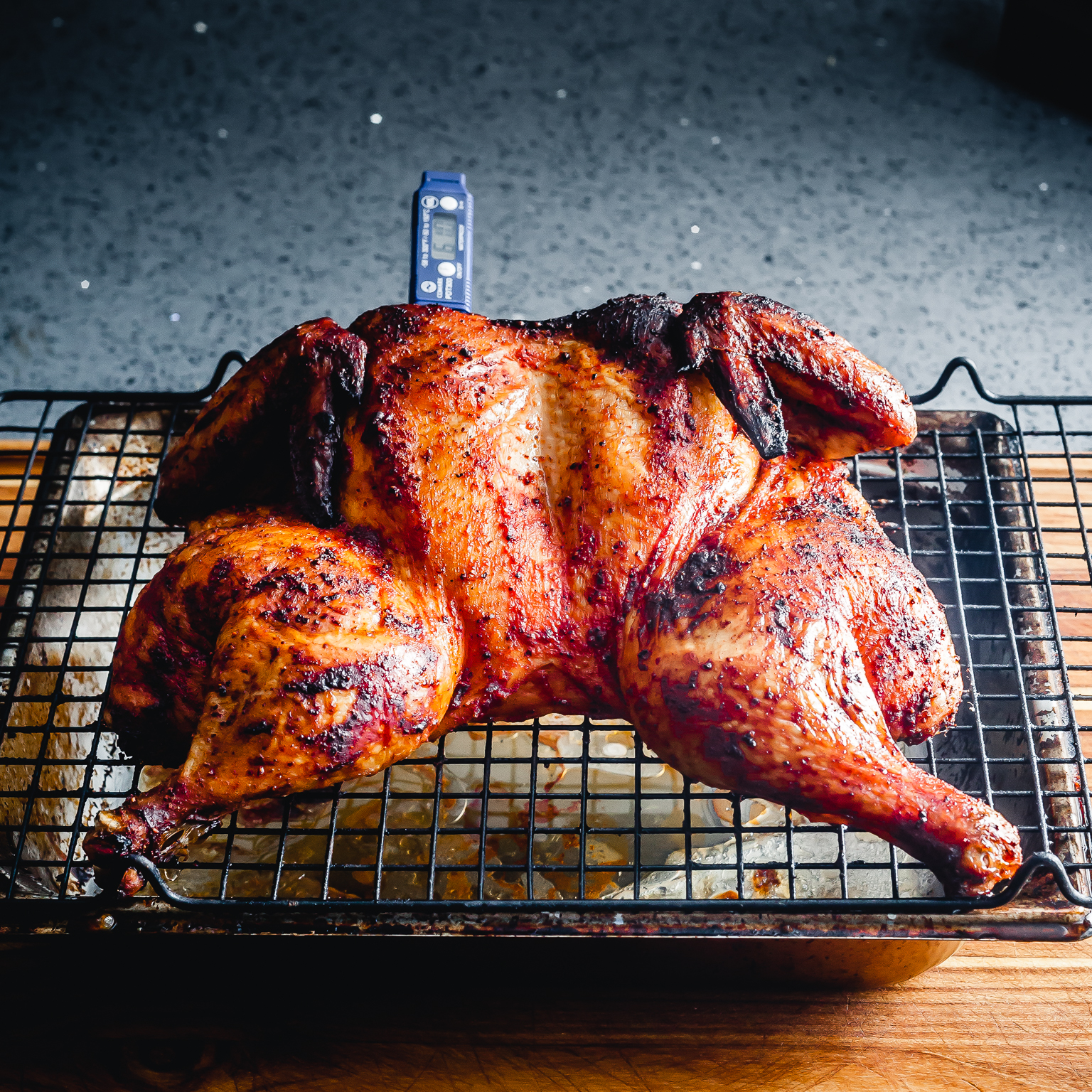 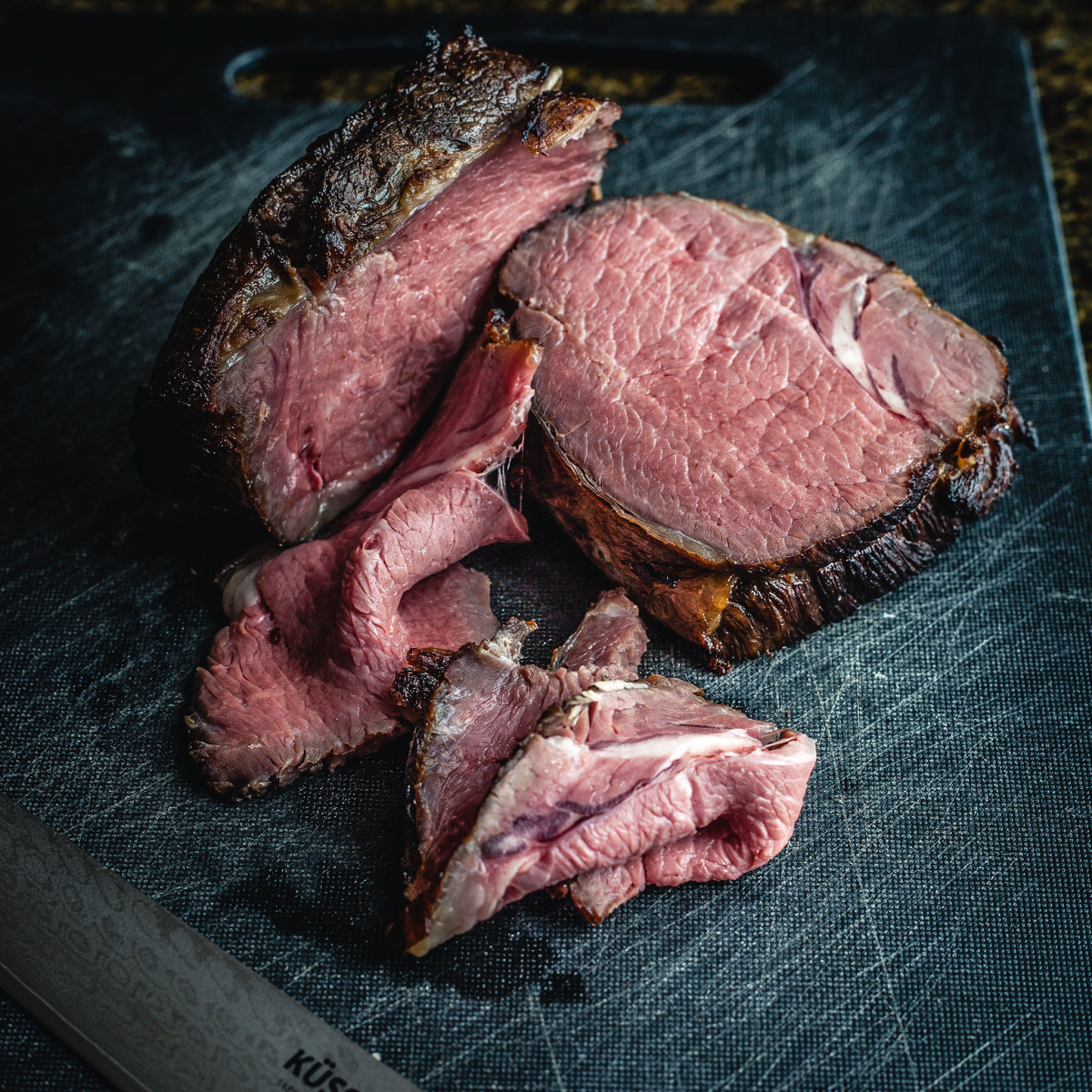