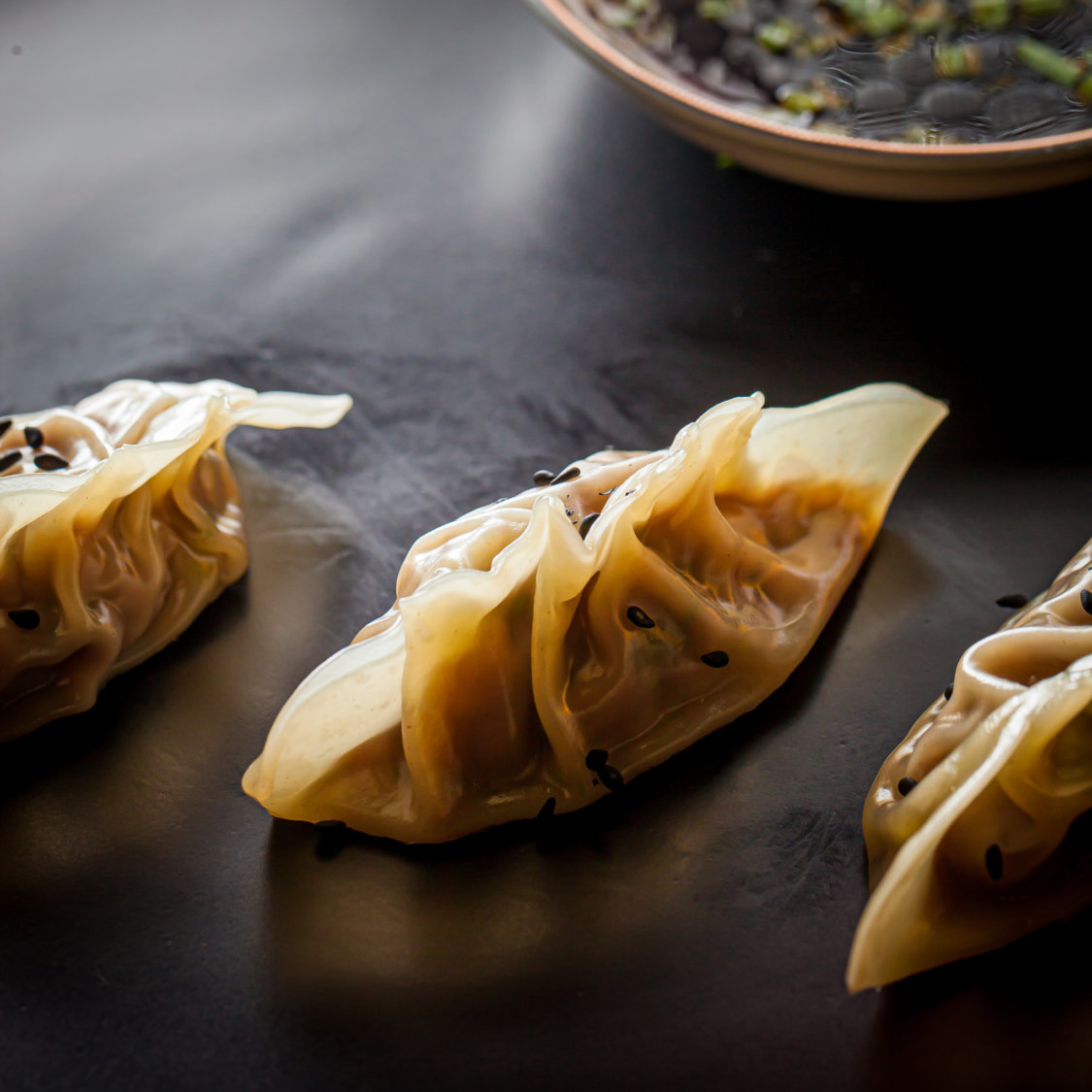 Alright, guys, its time for some more sous vide action even if it’s absolutely unnecessary or at least optional but I have never made duck confit any other way so there. And yes… today’s story begins with the famous French classic and ends with the famous Chinese classic. Why? why not. I don’t think I’ve ever bought a duck in my time in the US but did when I lived in Vancouver frequently because you could find them fresh. In San Jose… I’m sure if I did my research I could get them fresh from somewhere but I got mine frozen at Safeway (yep, Gordon, I did it).

My frozen duck took a couple of days to thaw, time which I spent living and stuff but when my duckie was ready I cut it all up. Cooked the breasts the traditional way… scored-skin side down, etc, etc… we can get into this some other time. The dark meat tho, I seasoned it generously with salt and sous-vide’ed at 70C for about 24 hours to break down the meat, release a ton of collagen. Doing this creates fall-off-the-bone results which is basically what you’re looking for. You can then shred all the meat and cover it in its own juices which is a mixture of fat and gelatin and store this thing in the fridge for quite some time. You can add extra fat to really keep the meat away from the environment. Anyways, it’s a classic preservation technique BUT the duck itself is phenomenal. It’s almost spreadable. Incredible.

And then very randomly dumplings came into the equation. I think it’s because a long time ago I bought this dumpling press thingy that I only used it once and since I had been looking for an excuse to use it again. I love dumplings, I love duck confit and I have a press… I just needed a few more ingredients and this should be money in the bank, right? well, wrong.

After setting up all my mise en place, I set off looking for my dumpling press. The only part of the process that sucks when making dumplings, in my opinion, is the wrapping of those little things. It’s time-consuming and I’m doing this by myself so I’m not thrilled about this, not one bit. Not to mention, I had no clue how to do it by hand.

Where ever you are dumpling-press-thingy, I hope you’re doing ok because I couldn’t find you. Which for a second horrified me, I’ll be honest. I took on this mission only because I assumed that when I opened my kitchen-tool drawer this mythical press would be there. But it wasn’t. And it wasn’t anywhere else. Once reality had set in, I did what anyone in my situation would. I went to my laptop, launched youtube and started watching videos on how to wrap these little guys by hand. After a few minutes, I was a theoretical expert.

Taking on a challenge…

But to my surprise, I actually did pretty good. There were no casualties and my dumplings looked like dumplings for the most part. I did avoid the infamous pouch-with micro-folds shape. That shit is pro. I promise to come back and show off some of those in my next dumpling adventure. Anyways, Let’s summarize the process down below so I can go and get some sleep.

1 packet of dumpling wrappers (Asian stores to the rescue)

Cook the dark meat sous vide at 70C for 24 hours. Just season with salt. The skin should be on but that’s optional if you want to watch your figure. Nobody eating duck should worry too much about that though. That’s one fatty bird.

Mince all the solid ingredients (obviously) but do it very finely and I mean it. Don’t get lazy on me. The texture of a dumpling should be soft, smooth, not chunky or coarse. When mincing the garlic go the extra mile. You can thank me later.

Season as you go. Since the duck is already cooked you have absolute freedom in how you season and add flavor to the filling. Use that power and don’t just blindly follow this recipe (or any for that matter). I adjusted the seasoning in this recipe many times until I was happy. Of course, I’m giving you my final version. The one I was happy with.

Get a big bowl and mix all the ingredients really well. This is your filling. If you don’t feel like going into the wrapping phase, and I don’t blame you, you can always store this in the fridge or even freeze it (oops Gordon, I did it again).

Dumpling wrappers, gyoza wrappers, wonton wrappers, they all work and hopefully you can find them in your area. Online shopping is an option and making them from scratch is work but is not difficult but that’s stuff for a different post.

Get a little bowl and fill it with water. Have it right next to you while you wrap. Grab a wrapper in one hand, with your free hand, dip index and middle finger in the water bowl. Now with a circular motion, wet the top side of the wrapper. You don’t have to do the center but it doesn’t really matter. The water will act as the glue and you need to do this.

Place a portion of the filling in the center of the dumpling. About a teaspoon if the wrappers are small. Tablespoon if you’re working with bigger wrappers. Use your fingers to pack down the filling gently and wrap your dumplings like a pro after watching some youtube videos just like I did.

You’re basically done. The next step is cooking which could not be any simpler. Steaming dumplings is a very classic approach here and it is exactly what we’re gonna do. Bamboo steamers are awesome so if you can get your hands on one of those do it. I lined mine with parchment paper (yep, I did the scissors and everything).

If you don’t have a bamboo steamer, you can use any steamer option. Those veggies steamers should work great, yeah, the ones that look like a torture device. They also sell those microwave steamer trays… I’m sure those would work too. Whatever method you end up going with, dumplings don’t taka e more than 10 minutes to cook. You can go longer too, they are very resilient since the juices in the protein are retained inside the wrapper. Plus the wrapper can take on heat for an extended period of time because you’re not boiling them like you would ravioli for example.

You could definitely boil them but if your dumplings aren’t water-tight, welcome to hell. Anyways, the final step is the dipping sauce which is the simplest undertaking in cooking to date. Just mix the ingredients listed above and that is it. Stop!

Be careful handling your cooked dumplings because they are soft and delicate. You can plate them with a little bit of sliced green onions and sesame seeds on top or not. Up to you. Me? I gotta get some sleep. Christmas is almost here and I have not even planned what I’m cooking. Frozen pizza sounds pretty good right now. (Gordon, there you go). 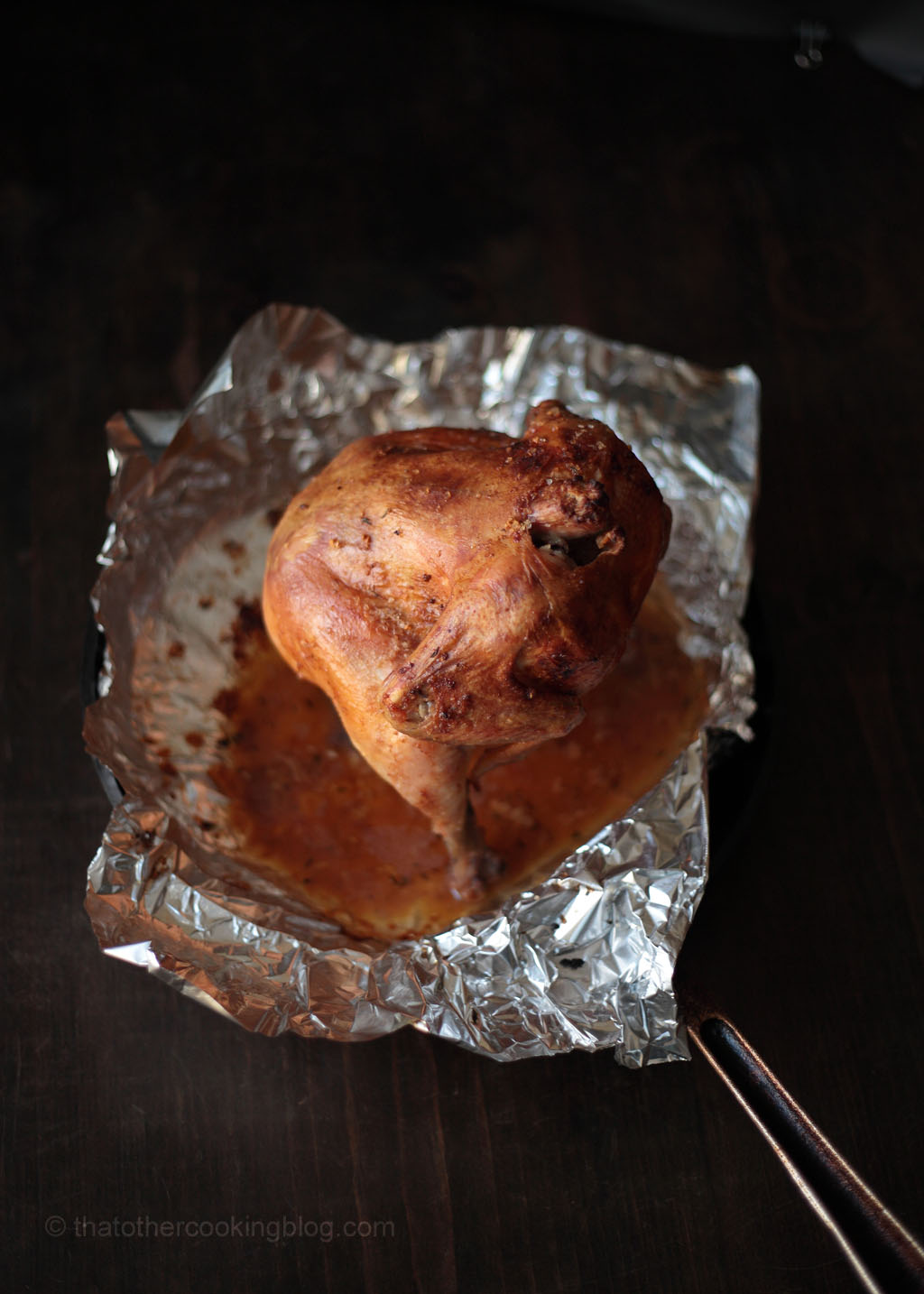 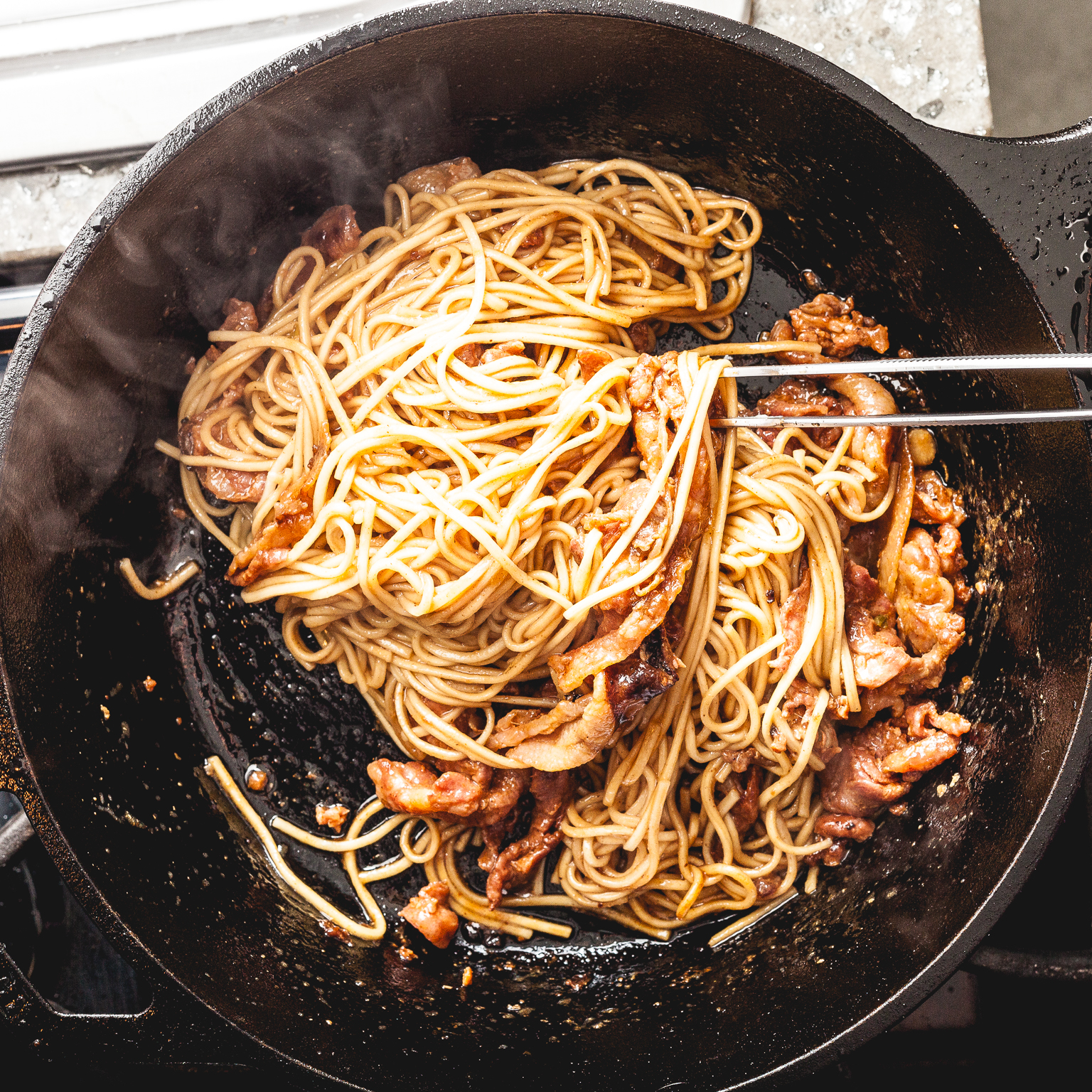 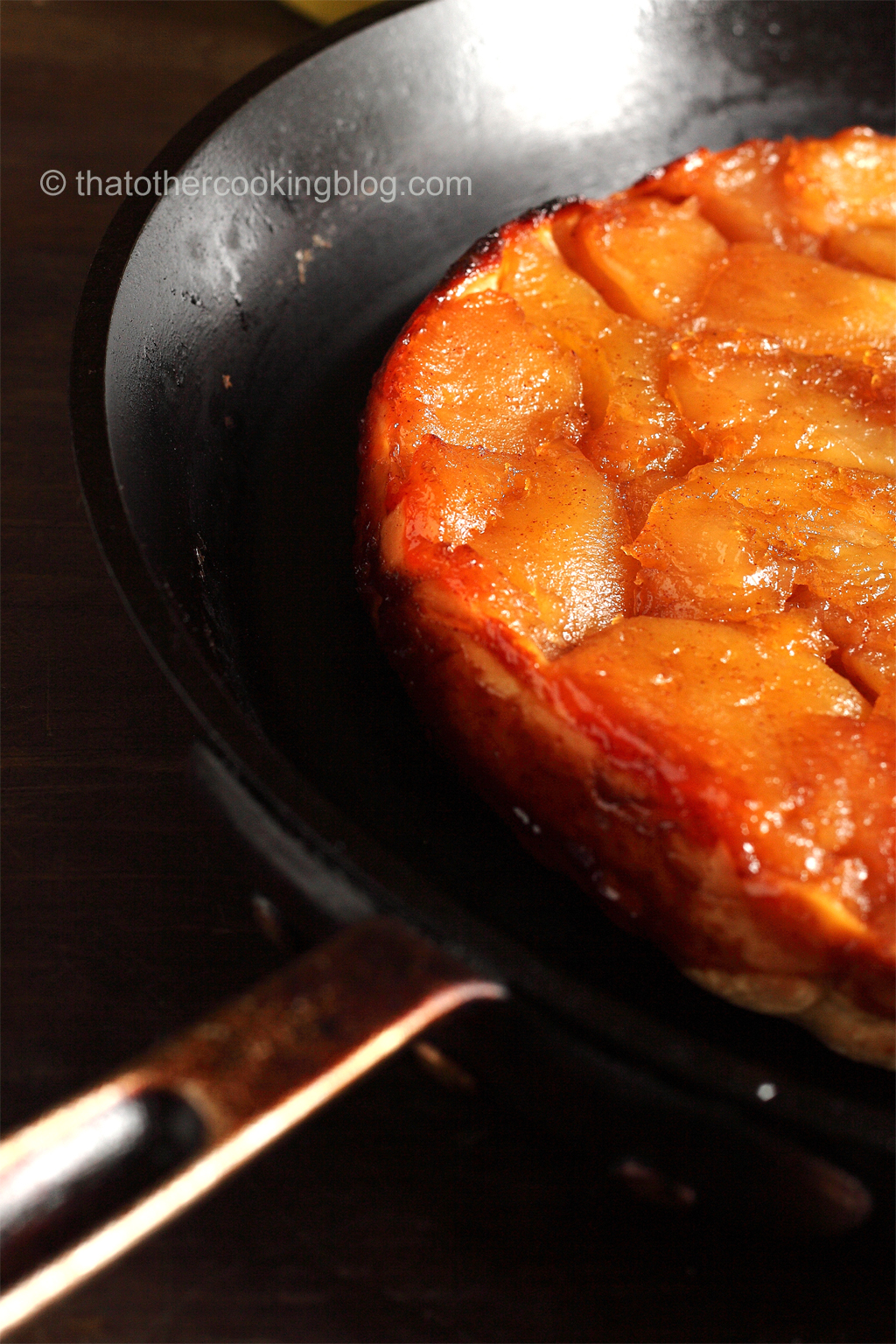