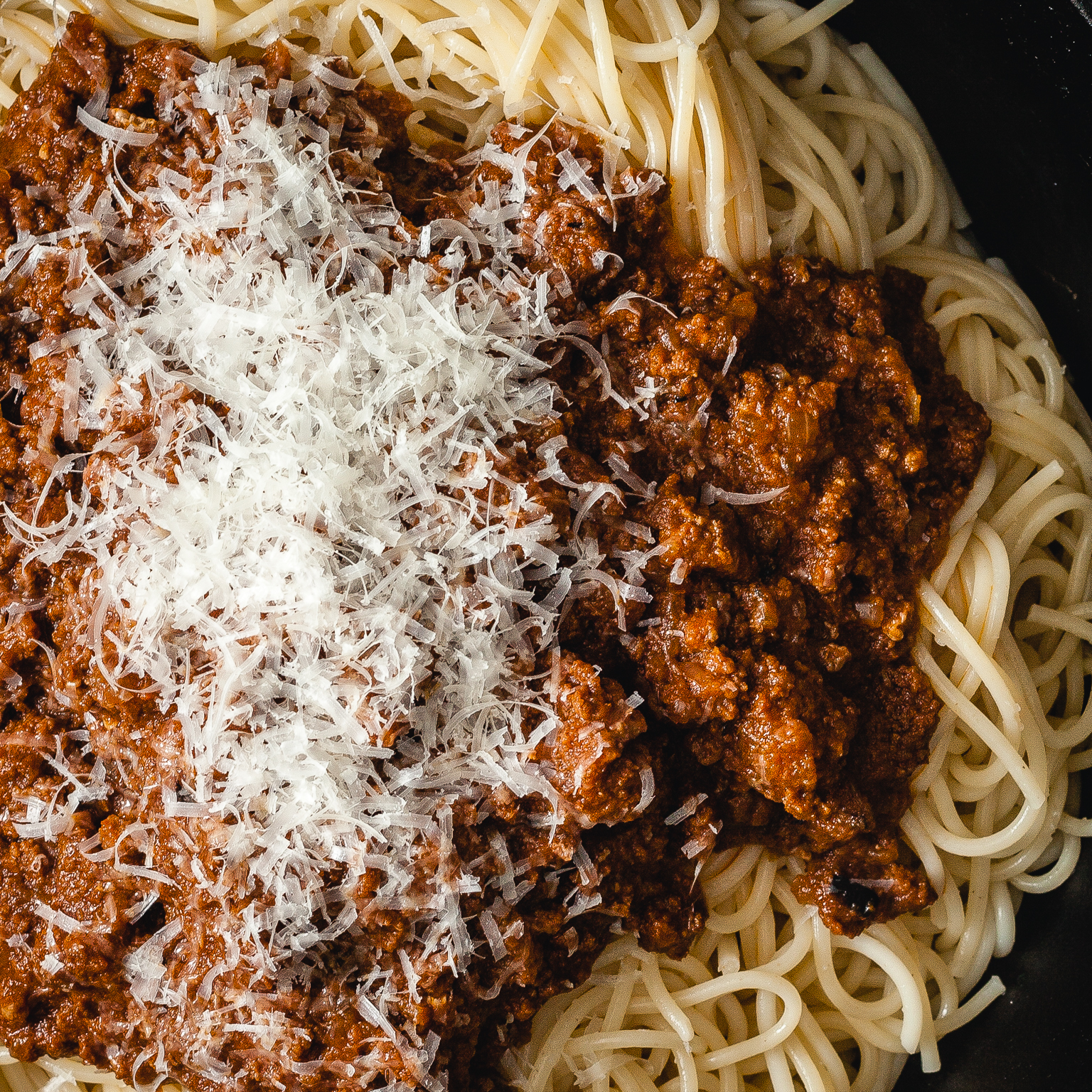 If you know or you know of somebody that holds the true original recipe for bolognese sauce please report back in the comment section if you can. I’m really curious. A simple google search returned over 200,000 result and after checking the first 2 pages of results it was obvious everybody has their own idea of what an authentic bolognese ragu should be. There are obviously the usual suspects in the ingredients list which I tried to keep in mind but seriously, cooking by most common denominator ingredients is plain boring, at least to me.

hmm…. meat? I think that’s mainly it. Which kind? well… in today’s world beef because it’s easier to find although historically veal is probably more proper. Pancetta can also be found in pretty much all the recipes I looked at. Then we have the aromatics like onion, celery and carrots. Carrots being fairly popular and onions being in pretty much all the recipes. Wine? hit or miss really. Milk? yep… another one that is popular but not standard. Garlic for sure. Nutmeg… yep. I think nutmeg is probably the only spice being added to this sauce in modern times. No bay leaves apparently. Pork? yep, it does appear but not consistently. Stock? yep… here and there although I should say.. if I can avoid it I will refrain from using stock unless absolutely necessary in a recipe.

Why would you refrain from using stock in recipes?

You can render stock from the ingredient in your recipe to begin with. The whole idea behind paella or chicken soup for example in which the stock is rendered directly from the ingredients used in it. Sure, using stock is very helpful and helps in adding flavor, but the step can be skipped and if you know your way around developing flavour by browning and reducing, your sauce will end up being amazing if not superior to one where extra stock was used. I also don’t like the idea of adding store bought stock just because I have no control of how that stock tastes. I tend to rely on stocks I make myself, which are very low on sodium. Perfect for freak-control cooking.  I like cooking in which nothing goes to waste.

But what about tomatoes!?

Ok… most of us are wondering about tomatoes. To tell you the truth I don’t think they are necessary or even an ingredient in the very original tuscan recipe. Tomatoes came from south america and made it to Italy probably around the 1500s. So if you asked me… I’d say the very original bolognese ragu recipe probably didn’t have them but tomatoes are SO GOOD! I’ll keep tomatoes in my bolognese recipe… sorry purists out there, I can’t help it. Peruvian tomatoes in Italian dishes just makes sense.

What’s this Christmas twist all about?

Ok, let’s not get all hung up on this post title. Let’s not examine it too closely either or otherwise it could be easily invalidated but Christmas time is around the corner and for us (people living in the americas) it’s all about the spices. Cloves, cinnamon, nutmeg, star anise. These aromas define end of year holidays for a lot of people. It’s worth mentioning that these aromas are pretty common in other cuisines all year round as well. Chinese and vietnamese for example. Five spice? Pho seasoning? It’s Christmas all day every day for some! I guess what I’m saying is that we shouldn’t restrict the use of spices to times of the year. I mean, you can find all of these any day.

More on Christmas spices and why we use them.

Ok, I have no idea. At some point between 1700BC and today american countries decided to incorporate these spices which are original from Indonesia, India and Vietnam into the holiday menu. It’s pretty wild because these spices are also available all year round but hey determine the true scent of Christmas season for a huge group of people, me included. This is how I grew up. As a kid living in Venezuela I wouldn’t see a clove or a stick of cinnamon until December was around the corner. In the US this is less drastic and at least cinnamon is featured very frequently throughout the year. Thank god.

To brown or not to brown the meat.

Ah! one of my favorite subjects. Maillard reaction. This reaction is responsible for modifying flavor and turning good things into delicious things. Sous vide cooks out there are pretty familiar with this concept. After having cooked a piece of meat for 48 our inside a plastic bag, the only way to turn what’s already great into amazing is by searing the crap out of it. That golden brown crust that forms contains a layer of flavor that is unbeatable.

So should I brown the meat or not??

Should you brown the meat that goes into a meat sauce? Really up to you. I have experimented enough and have concluded the gain is not worth the extra work. And there’s also a downside to browning ground beef specifically. The browned meat which is obviously overcooked meat looses it’s ability to retain liquid. The more browning the more brittle the sauce will end up being. I prefer to allow the browning happen naturally as the sauce cooks away hours and hours. Believe me, it will brown, but very slowly.

What about pressure cooking?

To make things easier, I fully rely on my pressure cooker for this kind of job. It will cut down the cooking time by half. It will also reduce the amount of flavor loss due to evaporation and it will speed up the maillard reaction everybody loves. So, instead of standing by the pot for 3 hours, stirring occasionally, adding more stock or water overtime, you can can just chill for 1.5 hours and do other stuff. I love pressure cooking.

How to make christmas bolognese.

Last few thoughts on this recipe.

If you don’t have a pressure cooker, don’t panic. Just follow the same directions but double your cooking time.

Note how I left the celery and carrots out of it. It was intentional for the sake of simplification but if you really like, those could be added back. If you do add the carrots, you should take out the sugar.

There’s nothing traditional about this recipe so for those out there seeking true Italian cooking I apologize. My blog is about cooking not about traditional cooking.

Should I have called this something other than bolognese ragu? Hmm… possibly, but I believe the spirit of bologna’s sauce still there! Only one way to find out! Please let me know in the comment section! 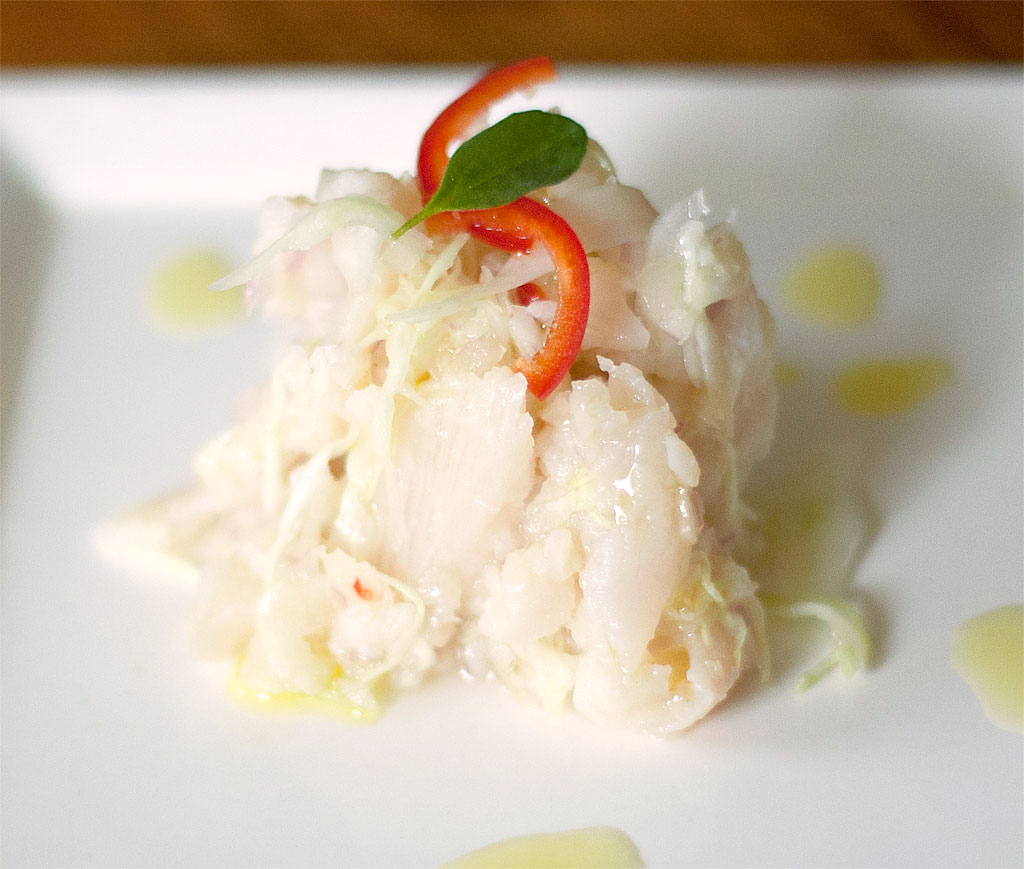 Ceviche of Swai with Lime, Ginger and Jalapeño 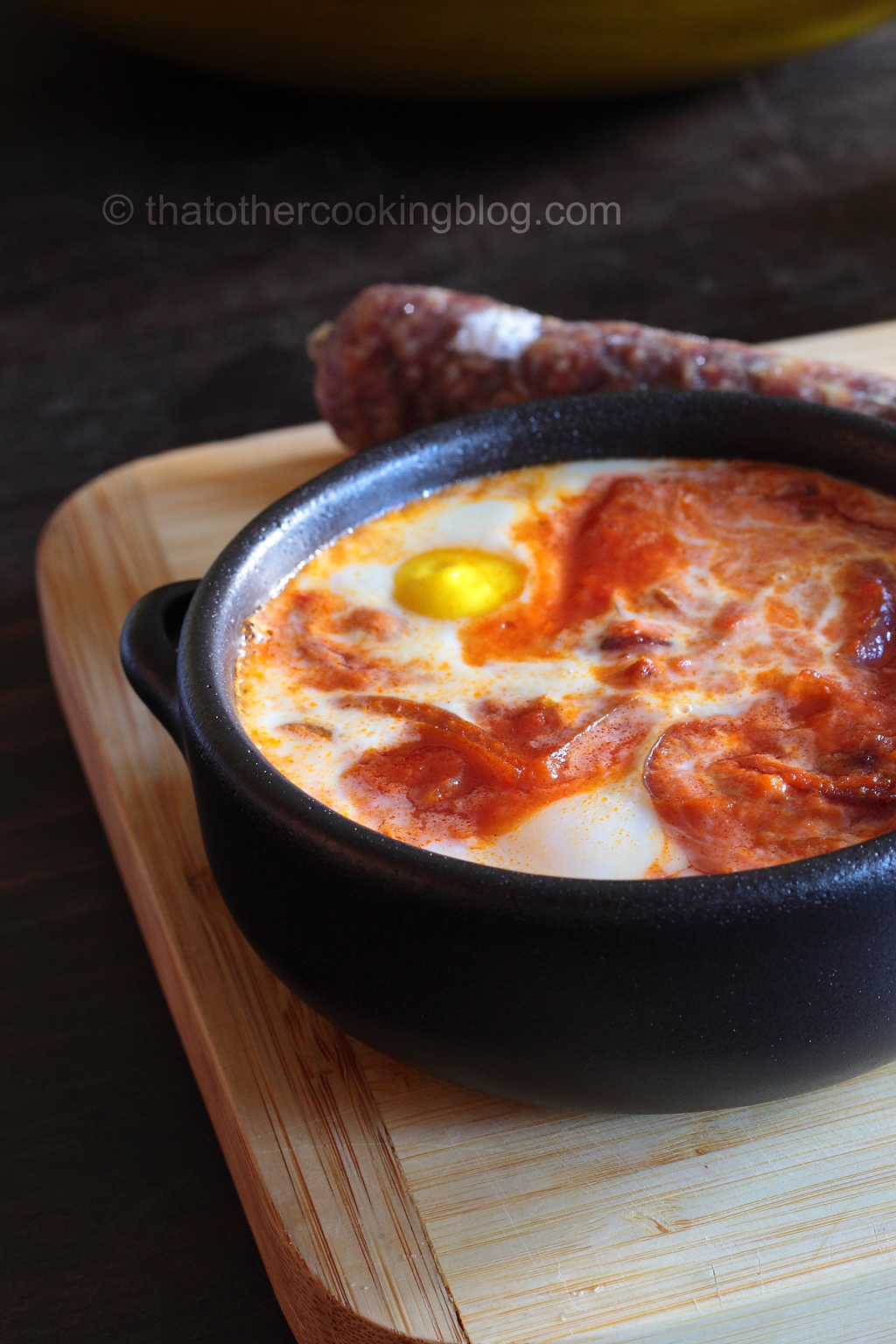 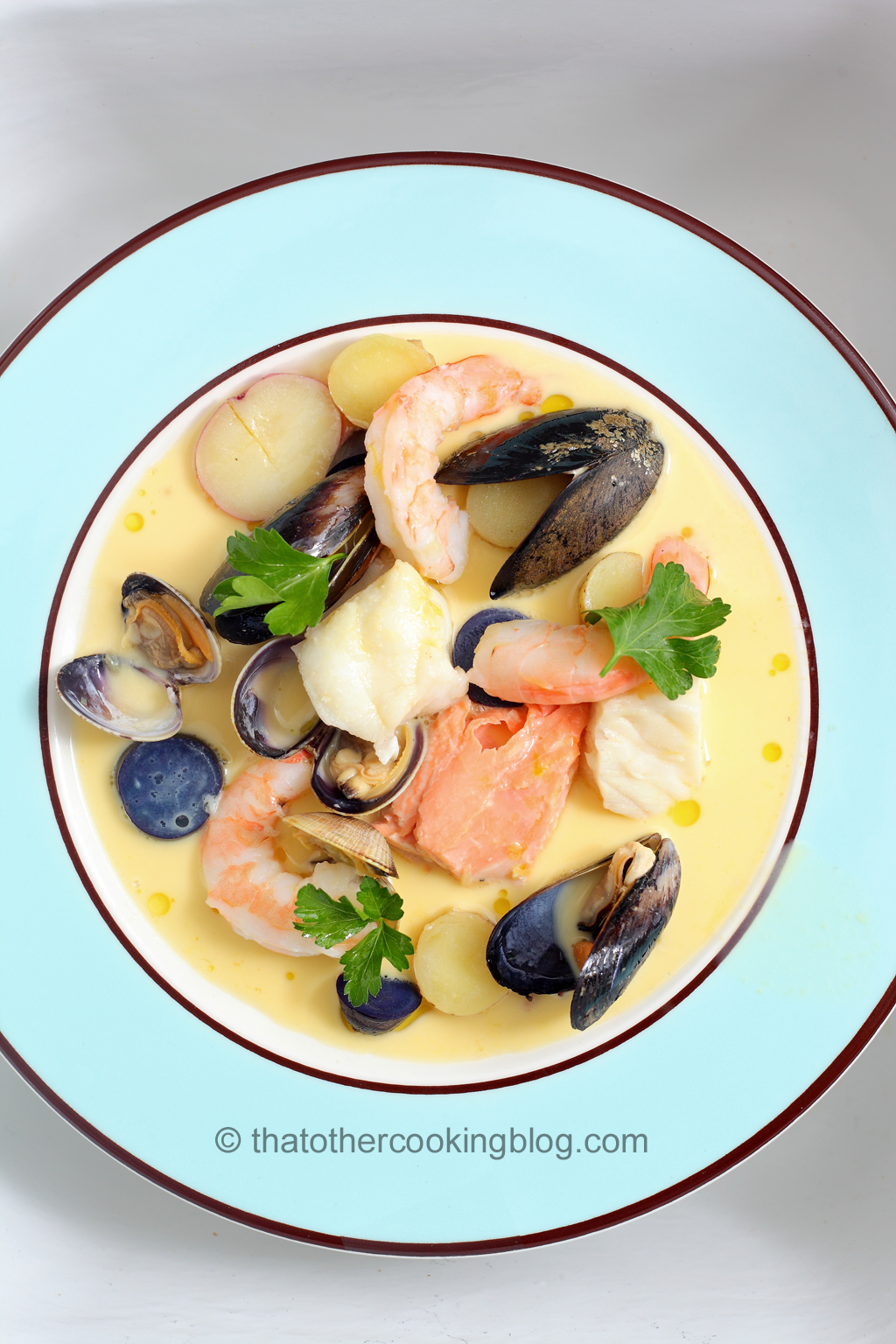