How to cook Porterhouse Steak explained! 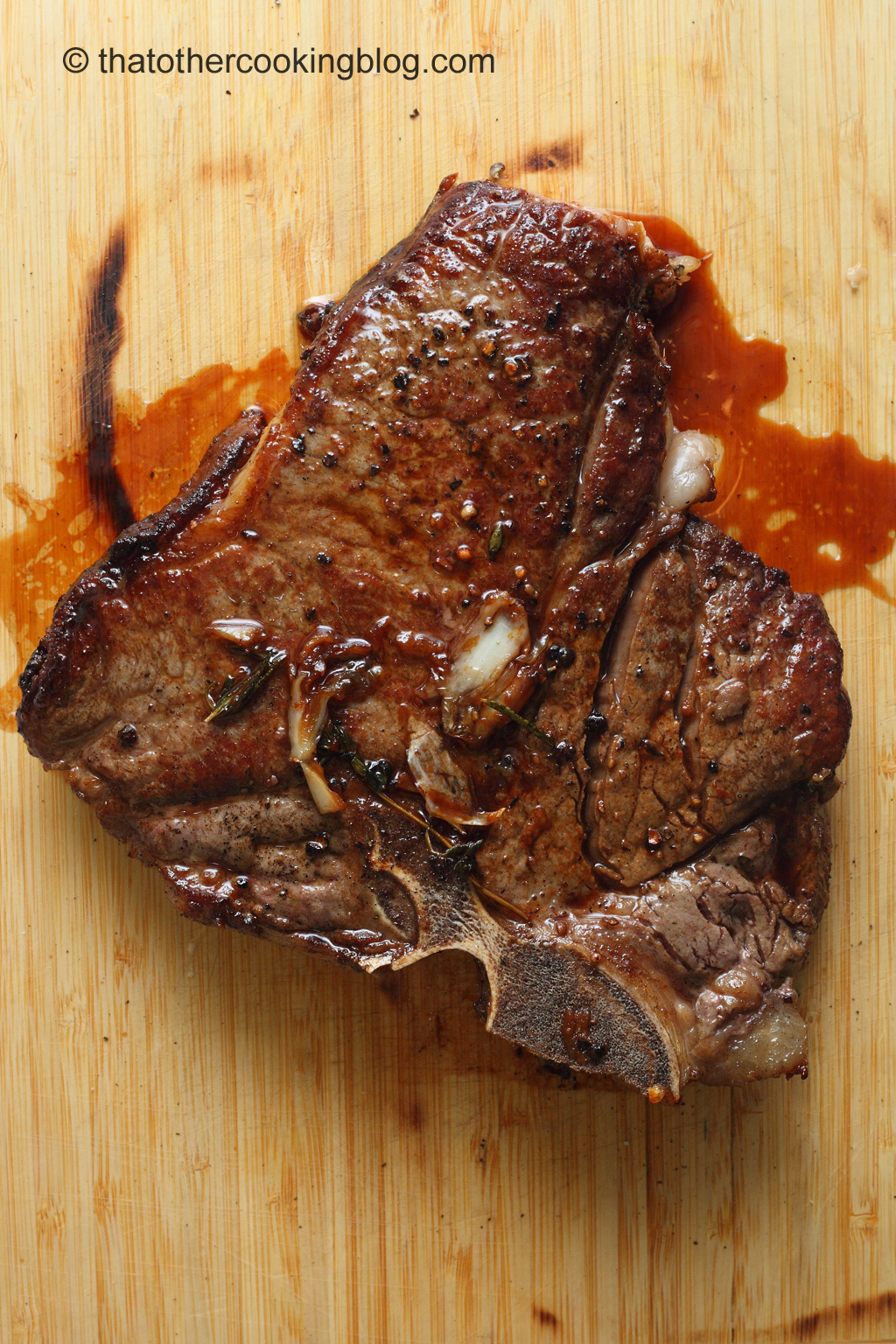 I celebrated my place in the food chain last night. I can only bake so many cakes and pastries before instincts kick in, and a big bloody steak ends up in the skillet. The mighty porterhouse steak was the victim last night. It tried to escape, oh yes it did. Not a chance. Today at that other cooking blog, we’re cooking steak. A Porterhouse steak to be specific. This guy features 2 different muscle groups, the tenderloin, and the short loin, separated (or bridged) by the T shape bone which also gives its name to the popular t-bone steak. A porterhouse steak is very similar to a t-bone steak but the amount of tenderloin muscle is higher. I’m sure there are plenty of controversies and disagreements out there in regards to what really constitutes a porterhouse or t-bone steak, but that won’t distract us from what really matters here: How to cook this thing, basically.

The idea of cooking something like this can be frightening  (I’ve been there may times, it is indeed a thick steak, almost 2 inches thick!). Others find it a pleasure (I include myself in this group now). No matter which side of that fence you’re on, let’s agree on something first: Overcooking a beautiful cut of meat like this has to be a crime (ask Anthony Bourdain). But hey, you might like your porterhouse well done.. who knows… up to you (One day I will write a post about medium rare steak and why it is the best thing that ever happened to me, one day). Let’s salt and pepper this puppy and get that skillet searing hot. And just to remain civilized, let’s include some green things to go with it. I love spinach. I’m not gonna lie.

1 porterhouse steak
Salt and Pepper to taste
Splash of fish sauce
Sprinkle of sugar
3 smashed garlic cloves
1 sprig of thyme
1 sprig of rosemary
Enough clarified butter to coat your skillet by 1/8 of an inch
Some water, or wine, to deglaze the skillet

There are a few approaches to cooking a steak of this size and thickness. Remember, the main objective is to avoid overcooking it and still get a wonderful browning on the surface, so whatever we do, has to be done fast and hot combined with low and slow which calls for a skillet and oven. This is an epic meal that takes about half hour to make. I will probably revisit this post and go over sous vide techniques later when I find the time, which in my opinion is the safest and easiest way to ensure that the steak is cooked to perfection (check out the chefsteps guys’s awesome vid). But I know, sous vide equipment isn’t a common household kitchen appliance so I will focus here on the more traditional approach which if done right, can yield a perfect steak as well… with a bit of a doneness gradient near the surface, sure, but it is minimal. A little practice and getting this and other similar steaks cooked right every time should be no problem!  You can also check out an earlier post on a caramelization more a few more tips.

Let’s start by salting and peppering the steak generously on both sides. Pat the steak with your hand, make sure  salt and the pepper are pressed into the meat. There are agreements and disagreements on when to salt a steak before it’s seared.  Some people like to salt and pepper right before they sear it. Makes sense, less time for water to be drawn out by the salt. Wet steak, poor searing. I like to salt the steak while I preheat the oven which takes about half hour. That gives salt some time to work on the meat, penetrate the muscle fibers, and some of that moisture ends up getting reabsorbed by the meat. A quick pat with a paper towel right before it goes on the skillet and you should be golden.

I also didn’t bother with bringing the steak to room temperature. It was cold from the butcher’s fridge. I actually think this helps protect the core from overcooking while getting a nice sear on the outside.  Anyways, preheat the oven to 300F if the steak is a bit cold, maybe lower that to 250F if the steak is a room temperature. And if you don’t have a probe thermometer or a meat thermometer then only practice will make perfect. But for very little money, a thermometer is an invaluable tool when precision is required.

Get everything else you need ready. Smash the garlic cloves with the flat side of a chef knife. Make sure the rest of the ingredients for the steak are ready before even thinking of searing the meat.  When the oven has had enough time to get hot, place a skillet over high heat and add the clarified butter or grapeseed oil. Vegetable oil can be used as well. Wait until it barely starts to smoke. Pat the steak dry with a paper towel and add it to the skillet.

What type of skillet should I use? a few different answers can be given. I love searing over cast iron pans. Stainless steel is pretty good too. This time I seared the steak on my pressure cooker vessel, which is made out of stainless steel. The high walls are a wonderful barrier that prevents oil to spatter all over the kitchen. It’s a bit tricky to handle the meat in there though, with long tongs and the help of a wooden spatula it should be good.  And yes, we won’t be taking the pressure cooker into the oven 🙂 so if you used a pressure cooker, have another skillet handy.

Sear on all 3 sides… yeah, this is one thick steak, and searing the fat strip that runs along side is always a great idea, plus it will flavor the searing oil of choice.  About 3 minutes per side. It should look pretty awesome once seared, but the core temperature will be far from medium rare 135F or 57C. Or rare if that’s your choice which should be 129F or 54C. Anything in between should be wonderful too.

Remove the steak from the pan. I also removed most of the cooking oil from the pan. The brown bits stuck to the bottom are priceless. To get them, pour some liquid into the pan, a little water or beer or some wine. Scrape with a wooden spoon, this stuff should come lose and the beginning of a quick sauce is in the making. If you used a pressure cooker or other big pot to cook the steak, you’ll need to transfer the deglazed jus to a clean skillet. If you worked on a oven safe skillet from the get-go, then all is well. Add the garlic, thyme, rosemary, sugar, fish sauce, and some butter. Cook over high heat, until the liquids reduce and form a glaze, the garlic shouldn’t brown. Remove from the heat and place the steak on the skillet. Coat on both sides. Remove the herb springs. The thyme sprig might be crispy enough to eat. I left mine in.

If you have that probe thermometer, insert the probe into the meat, making sure the tip of the probe is roughly around the center core of it. Place the skillet in the oven and bake. It will take about 10 minutes to get the meat to the right temperature. A very important thing to keep in mind. Carryover heat. A few degrees (3 to 4) before reaching the final temperature of choice. Remove the skillet from the oven. Carryover heat will continue to cook the steak, even out of the oven, the core temperature will continue to rise a few degrees more. So be careful there.

Re-coat the meat with the pan glaze. And allow to rest for a good 10 minutes. Perfect opportunity to toss that spinach with some olive oil and vinegar and get that salad ready.

I will admit to a few things here today. My porterhouse steak never made it onto a plate. I used my very sharp chef’s knife to cut it with (I don’t get steak knives, those things are horrible tools that will mangle and destroy beautiful meat). I gnawed on the T bone, grabbing it with my hands. And…  I licked the juices off the cutting board. I was by myself! Ok, too much information… agreed!  Until the next time! 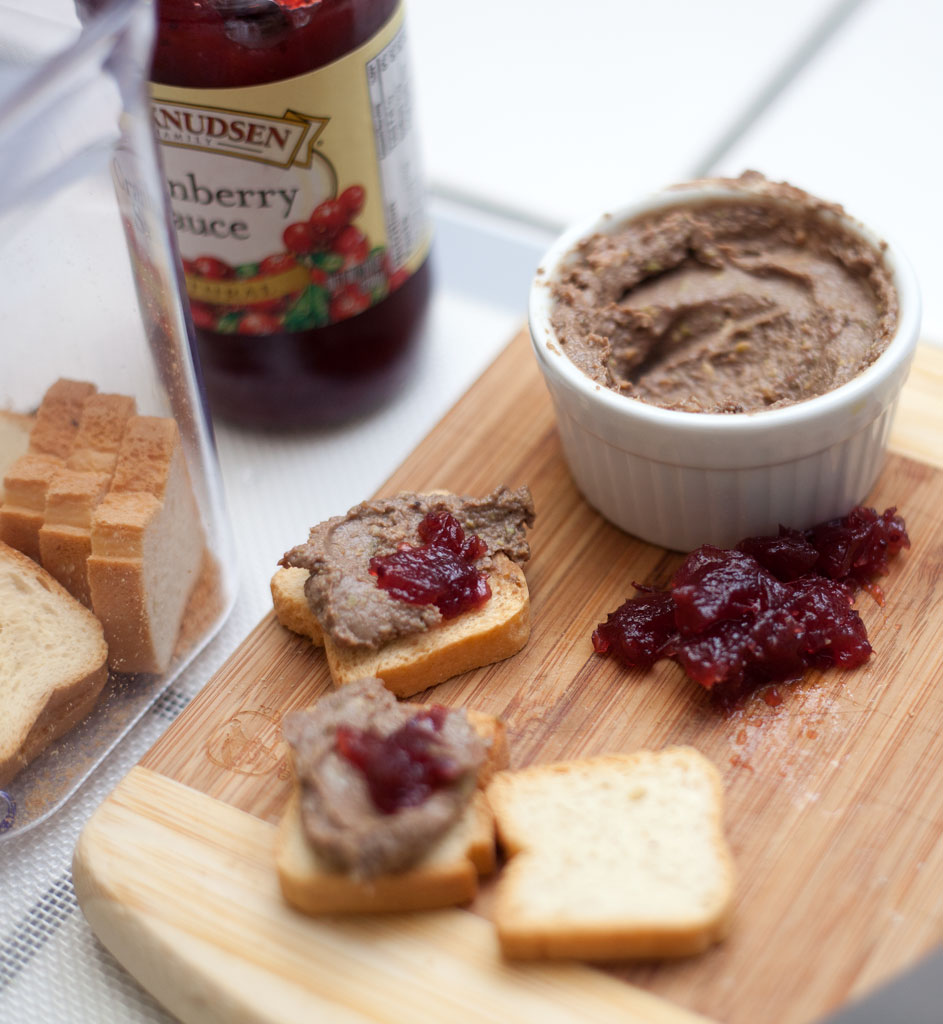 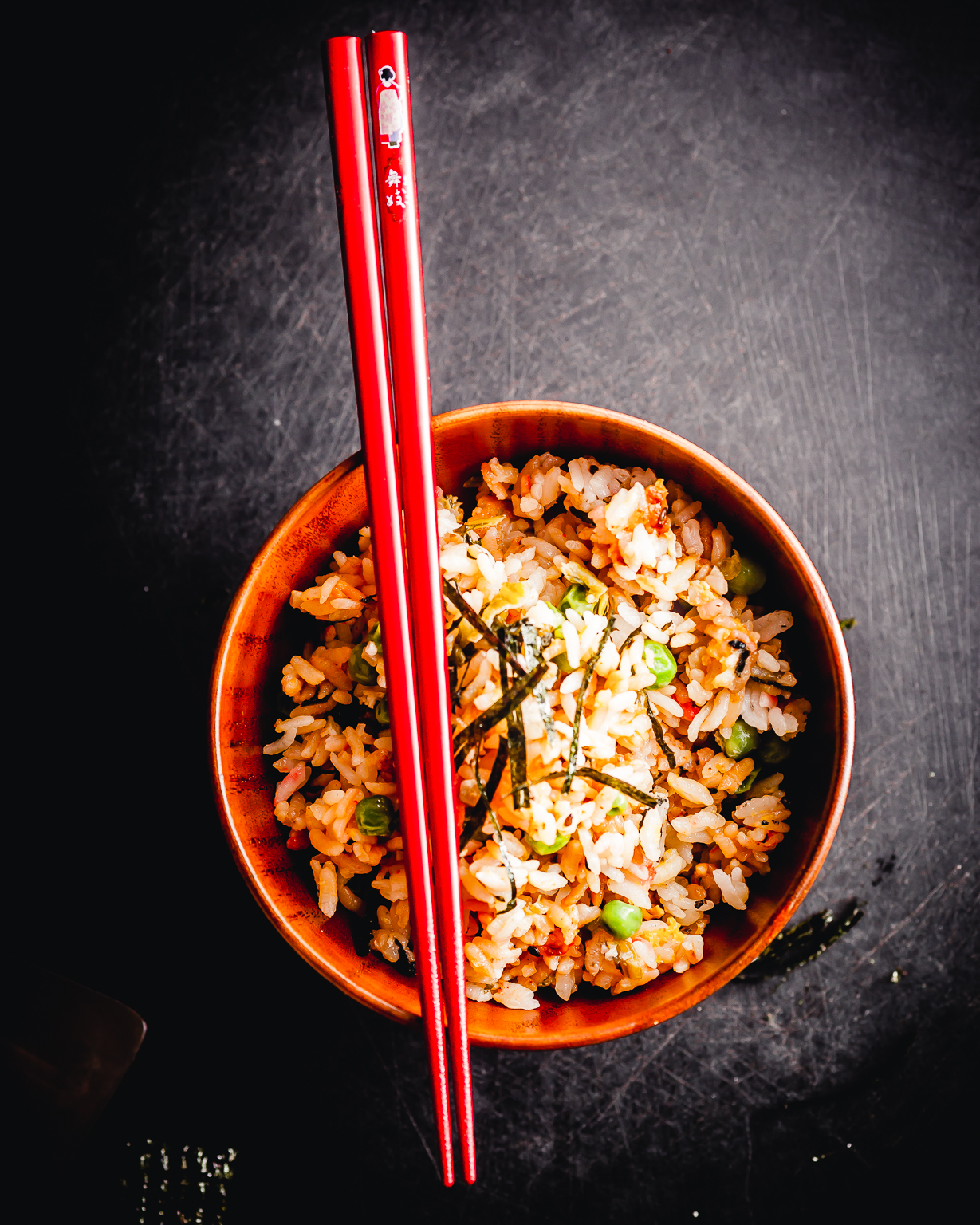 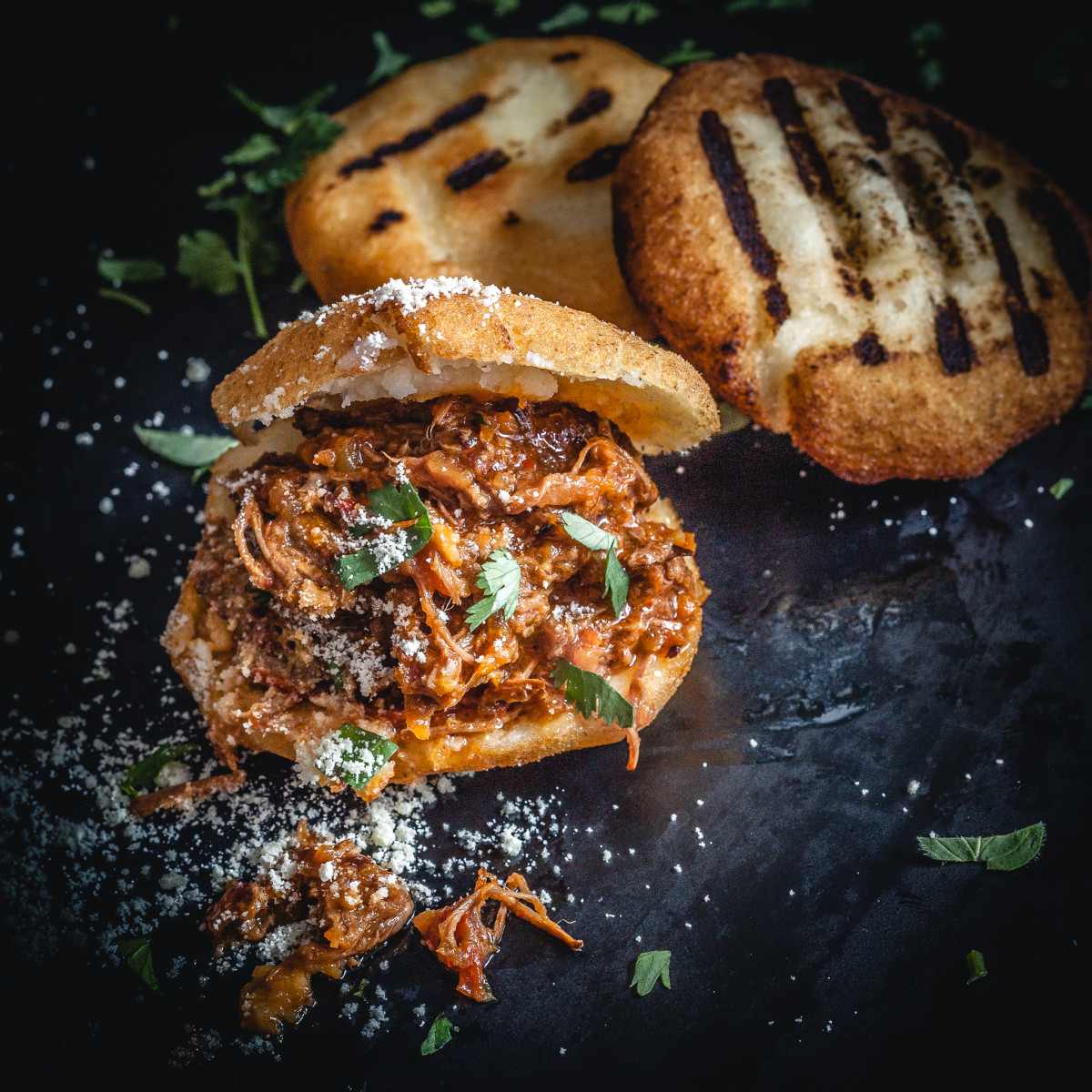